The Treaty of 1854 removed most of the Iowa tribe's "forever reservation" of 1836. This was in preparation to create the territories of Kansas and Nebraska. The Kansas-Nebraska Act of May 30, 1854 created the territories of Nebraska and Kansas, which had to be surveyed before settlement of the prairies could proceed. On May 8, 1855, Charles A. Manners set a cast iron monument on the bluff west of the Missouri River at 40° north latitude. Those stairs about a block away to the north climb the bluff to the cast iron marker which can still be seen there.

In 1855-56, Manners surveyed westward from the cast iron monument 108 miles establishing the base line, the boundary between Kansas and Nebraska and the Initial Point of the Sixth Principal Meridian. This location controlled the mapping of all of Kansas and Nebraska, as well as portions of Colorado, Wyoming, and South Dakota. 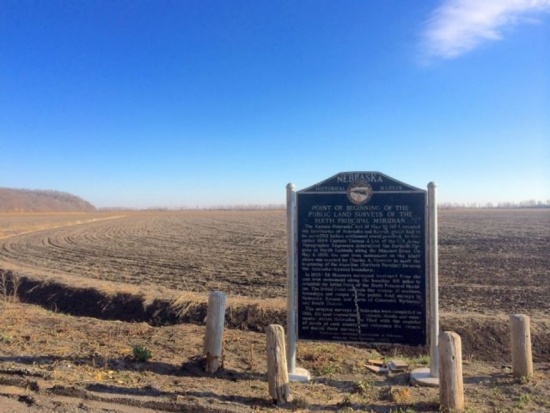