The first building in Punta Gorda made of patent stone concrete blocks instead of wood, Abe Goldstein's store still stands proudly on the corner of Marion Avenue and Cross Street (Tamiami Trail South). In the past people have rented the living quarters above the store. Goldstein built his large family home, which he called Pioneer House, next door. It was demolished in the 1960s, and is now a parking lot for restaurant. Legend has it that Abe Goldstein persuaded 200 carpenters working on the Hotel Punta Gorda to erect the family home in one day! He'd received a telegram from his wife Fredericke that she and his little son Harry were coming and would arrive in a few days. He was embarrassed that he didn't have a suitable home for them, and was able to accomplish the incredible feat. Later it took three days to demolish the home built in one day! 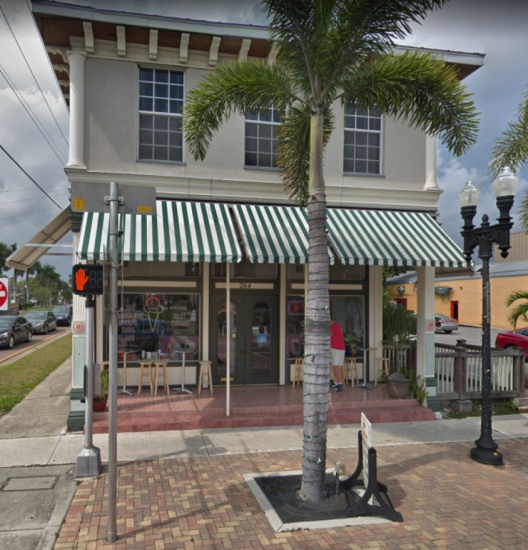