On June 3rd, 1920, the Greensboro Daily News reported that Hill Hunter was issued a permit for a $20,000 residence to be located at the corner of Hendrix and Carolina streets. Hill Hunter was born in 1882 in Oxford NC, and he attended State College in Raleigh before locating to Greensboro in 1903. He took a position as a purchasing agent with the Cone Brothers at Proximity Mill before expanding his responsibilities to Revolution and White Oak cotton mills, both owned by the Cone Brothers.

In 1914 he married Annie Merritt, and together they had three sons, Hill McIver, Jr., John Gray, and Bynum. Eldest son Hill was under the age of 5 years when the family moved into their new Carolina Street House.

The house is a remarkable example of Colonial Revival architecture, evocative if the grand Virginia houses found along the James River. The symmetrical five-bay façade is accentuated by a Demilune portico supported by attenuated Tuscan columns and topped with a graceful iron handrail. Cut-outs that embellish the shutters are oriented as diamonds on the first floor and squares on the second. Three dormer windows line the roof, each with unusual arched openings. 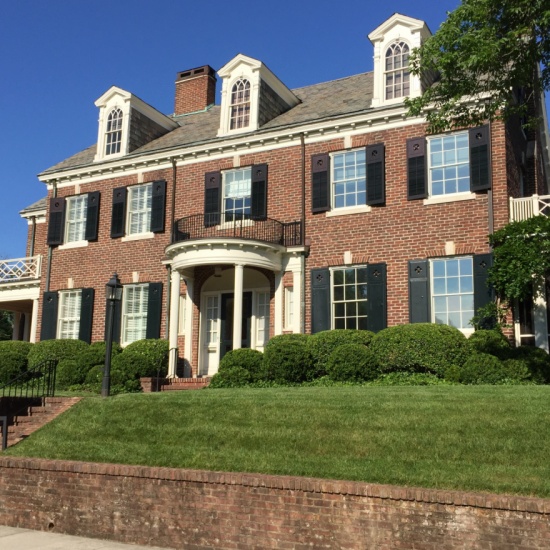