The site of the Basilique was first established by two young women by the names of Mademoiselle Agarithe and Anna Cinquin when they installed a statuette of Mary in the hollow of an old tree. The location then known as Notre Dame du Ravin quickly became a sight of pilgrimage and upon prodding from Agarithe and Cinquin, Bishop Pavel made the decision to erect a church on the site. Construction of Basilique Notre Dame d'Afrique took approximately 14 years being carried out between 1858 and 1866 under the guidance of Bishop Pavy with architectural modifications taking place in 1872. This facility was home to a series of theological and philosophical thinkers throughout its life including Saint Augustine, Bishop of Hippo.

The Basilique Notre Dame d’Afrique is a today a historical remnant of former French rule. During the age of colonization, it was not uncommon for colonial powers to attempt to convert local cultures to their faith, in the case of the French, that was Catholicism. The existence of the Basilique “having survived Algeria’s war for independence and its preservation today is a testament to the cultural tolerance of the Algerian people. While sights like the Djamaa el Djazaïr dominate the modern landscape, the Basilique stands in the shadow of the present reminding the world of the past and leaving a French touch in the very Arabic Algiers. Additionally, the site provides an appeal to tourists interested in the diverse theological changes within Algiers, a city built on cities long forgotten. 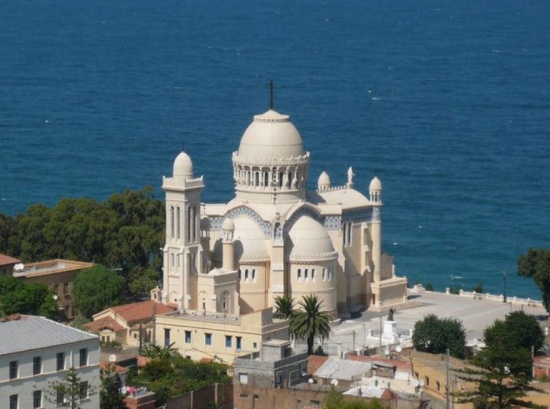