This building was built by Iowa tribal members using stone from a local quarry in 1940, as part of the CCC-Indian Division program of the WPA. Chief James Whitecloud laid the cornerstone the same year he died at the age of 100. Over the years it has been used for many things: tribal meetings, social events, religious services, cultural classes, and as a museum. Sitting empty with only occasional use for almost ten years, it was rededicated as a culture center and museum in 2014. Its name means:

The museum is still in development but is generally open on Sunday afternoons for culture and language studies. Call 785-595-3258 for more information. To the east of the museum, there once stood Grandview School, attended and remembered by many elders on the reservation, but it was removed in the early 2000s. 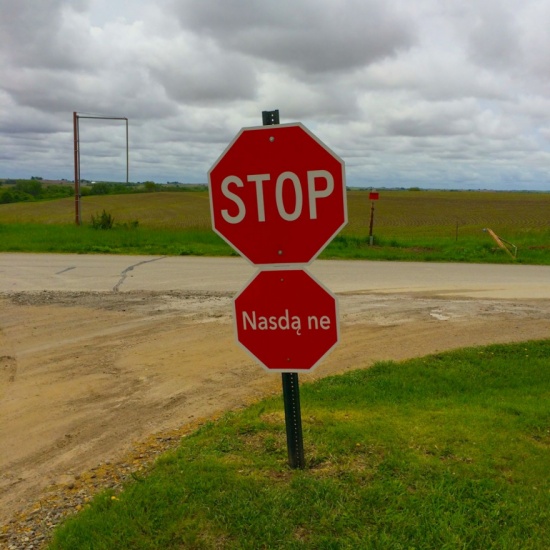 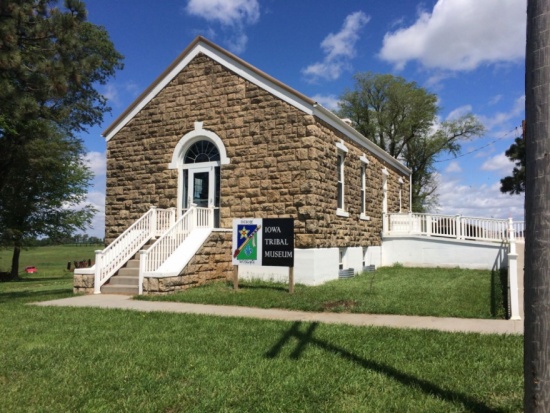