Built partially on the site of the 1946 Boone Bus Station, this new building is now home to Appalachian State University’s George G. Beasley Media Complex. The original bus station stood at the northwest corner of Depot Street and present-day Rivers Street. It held a radio station as well as a roller rink on the second floor. ASU purchased the bus station in 2000 and demolished the building in 2011. The stone façade of the courtyard is designed to replicate the 1945 building, although its window and door piercings are poor representations of the building’s original appearance. Despite claims from ASU that the curtain wall façade is composed of the bus station’s original stone, the present stones are also well-documented as replacements. 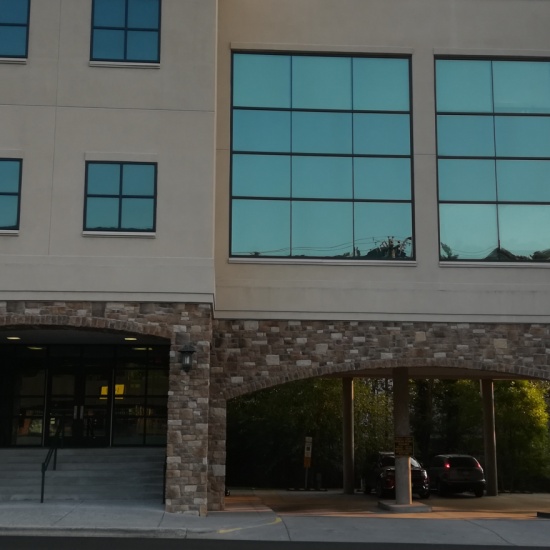