Nyimaha Xanye (NYEE-mah-hah KHAH-nyay), the Big Muddy River, the Ioways called it (our Otoe kin used the term Xanje). It has been drained by towns and farms along its length, and its looping meanders channeled for use by humans, beginning in the 1910s and 1920s.

But when Lewis and Clark camped near here on their way up the Missouri in 1804, the water was good and abundant, and even today a big rainstorm can bring back some of its power. Somewhere along the limestone cliffs laid down by ancient seas, Lewis and Clark carved their names too, according to their journals and later travelers who saw it, but time, erosion, and human tampering seems to have removed the proof. The famous western artist Karl Bodmer painted a scene on the Missouri with the bluff above you in the background, while accompanying Prince Maximilian of Wied up the river. That bluff was likely once considered a sacred place by our ancestors, as such mounded bluffs near river were often seen as Spirit Animal Lodges, and the petroglyphs (carved ancient roack art) along its base indicated its sacred nature.

Before Lewis and Clark, the French explorer Bourgmont is said to have camped at the mouth in 1721, while trying to make peace between the Otoes and the Padouca (Comanche). Indeed this river, the Big Nemaha, was considered the traditional boundary between the Otoe tribe on the north and the Kansa (or Kaw) tribe on the south, until those tribes ceded these lands in treaties to prepare for Indians removed from the eastward advance of American settlement. In this case, the Big Nemaha would mark a new division, between the Iowa Reservation on the south and the Half-Breed Tract on the north.

The mouth of the Nemaha is also favored by many kinds of wildlife who cross the road here: raccoons, turkeys, deer, and opossums. Some don't care much for opossums, but ticks are deadly, and opossums (chinsda = CHEENS-dah) are the vaccuum cleaners of the woods when it comes to ticks! Probably the stars of the mouth of the Nemaha are the bald eagles who gather here in the winter, resting while they look for fish and for waterfowl which have been injured on their long seasonal migrations. The word for "Bald Eagle" in Ioway is Xra Patha (Kraw PAW-thuh). The bald eagles come in for the winter and leave by spring.

Then the "big bird shift" is taken over by Hege (HAY-gay), turkey vultures (buzzards), who may not be as handsome to some as the eagles, but soar beautifully over the bluffs, and clean the roads of the roadkills. Thank Hege for clean landscapes and Chinsda for fewer ticks! In the traditional Indian view, everything has a purpose and a beauty to it. 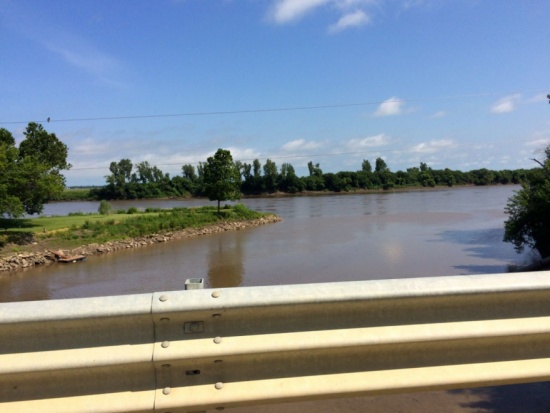 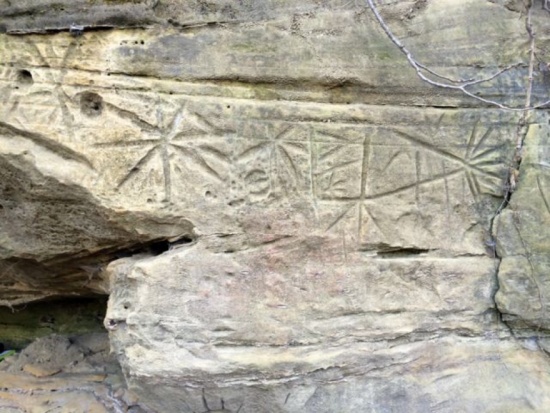 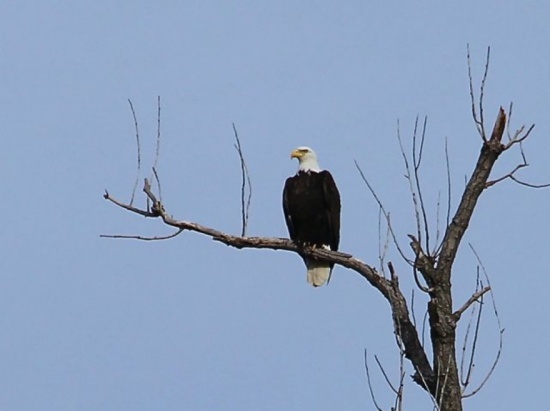