Blandwood is one of the America's great historic homes, representing the ideals of progressive North Carolina Governor John Motley Morehead as illustrated through a protype for one of America's most popular architectural styles in the nineteenth century.

Constructed by Charles Bland on the crest of a hill on his wooded farm, the earliest portions of the Blandwood were completed in 1795. The simple two-story farmhouse was later purchased by Morehead, and subsequently expanded according to plans drawn by nationally renowned architect Alexander Jackson Davis of New York. Davis designed additions in the Italianate style villa that featured a central tower, stucco walls, and symmetrical flanking dependencies. Completed in 1846, it is considered the oldest standing example of Italianate architecture in the United States.

Today, Blandwood operates as a museum, and provides visitors with a remarkably complete ensemble of 19th century art, architecture, furnishings, and landscape. It is the only building in Guilford County recognized by the United States Secretary of the Interior as a National Historic Landmark. Open to the public.

Style: Federal and Italianate. Listed to the National Register of Historic Places in 1970 and received the distinction of being named a National Historic Landmark in 1988. 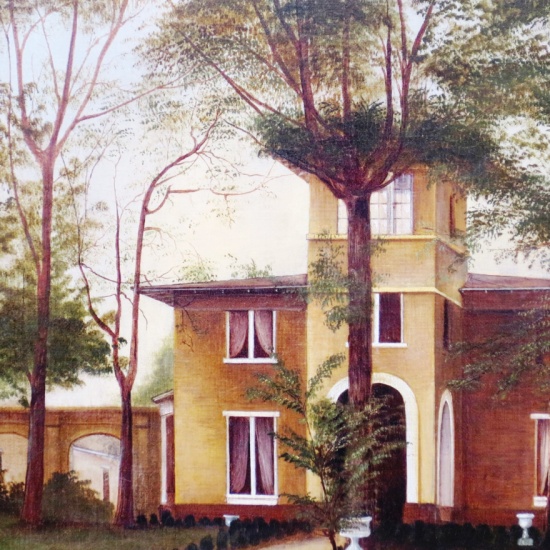