Captain Basil John Fisher was born in Aberdeen, Scotland, in 1851. Little is known of his life before his military career. He was a member of the 5th Battalion Rifle Brigade (The Prince Consort's Own), an esteemed regiment of the British Army. The brigade took part in the Battle of Ali Masjid in November 1878 during the Second Anglo-Afghan War, the Mahsud Waziri expedition in 1881, and the Third Anglo-Burmese War in 1885. It is not known if Captain Fisher participated in active battle in those campaigns. In 1876 he married Isabella Anne Hall, and in June 1887 he resigned his commission.

Before he resigned, Fisher came to North Carolina in 1886 with two former military companions, Captain Charles Slingby Wainman and Charles St. George Winn, to manage a gold mine they acquired near Asheboro. They named it the Australian Gold Mine. Captain Fisher maintained a presence both in Asheboro and Greensboro. He was rumored to be wildly wealthy; locals estimated his annual income to be $75,000. With his wealth, Captain Fisher built a brick storefront in Greensboro on South Elm Street and in 1887 purchased a large undeveloped parcel of land, formerly owned by Jesse Harper Lindsay, north of the village. This land would later become the Fisher Park neighborhood.

On February 27, 1901, Wharton represented Captain Fisher before the city Board of Alderman to offer the donation of 14 acres of land for use as a public park. The proposition was accepted on the condition “of certain work done by the party of the second part (City of Greensboro) in building a drive-way around the park.” Captain Fisher was already embroiled in a legal case against the city during this period, and he was spending an increasing amount of time in New York, where he died in 1903. The Greensboro Patriot published his obituary, which explained, “Capt. Fisher was an eccentric character and possessed peculiar notions of his own as to business and other matters. He was generally liked by those who knew him, for, under a rough exterior, he possessed a kindly heart.”

With Captain Fisher’s death, his wife, Isabella, struggled to maintain the family’s holdings, including the yet undeveloped Fisher lands. Property sales were put on hold until the estate could be settled. In the spring of 1905, Sheriff J.F. Jordan purchased privately owned land around Fisher Park along North Elm street, and with a June 7 auction, the land rush of Fisher Park began. “These lots,” Jordan said in an advertisement in The Greensboro Patriot, “are beautifully laid out, well shaded, well drained and within five minutes’ walk of the court house and post office. The city has a fine park right through the center of the estate, with excellent and beautiful driveways winding through hills and valleys like a dream.” 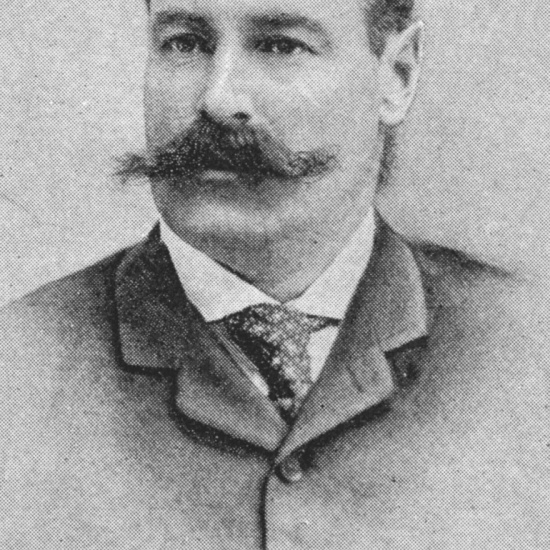