The Carolina Theatre was erected in 1927 as the flagship theatre in the Carolinas of the Publix-Saenger Theater Corporation. Architects J. H. de Sibour of Washington DC, and James B. Workman of Greensboro are credited with the project. Jules Henri de Sibour was a native of France and came to America as a boy. After attending Yale University and studying in Paris, he began work as an architect in New York City in 1902. De Sibour moved to Washington DC in 1909 and grew to become one of that city’s most prolific architects. His works include a number of residences in Washington that currently serve as Embassies and offices. The Carolina Theatre was celebrated upon completion as only the second building in America (after the Philadelphia Art Museum) to reflect the authentic polychromatic theme of Greek architecture. As a flagship theatre in the Publix-Saenger Theater chain, interior appointments are sumptuous, including stairs of travertine marble and ornamental bronze rails, walls of sandstone, a crystal chandelier, and a mural by Herman Hirschauer. The building was saved from destruction for a parking lot in 1975, and restored in 1981 after a fire. It was upgraded as a perfomiing arts center in 1989-1993. Open to the public. 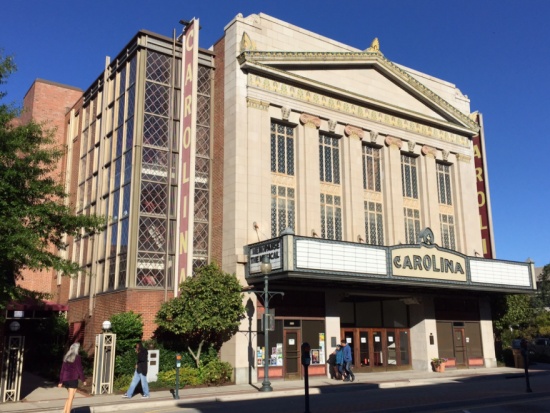