At the north end of Legion Mall, between the American Legion National and State Headquarters, is Cenotaph Square, comprising the Cenotaph and the Sunken Garden. It was constructed in 1931 as a tribute to Indiana’s war dead. The focal point is a rectangular black granite cenotaph (a raised, empty tomb) resting on a low green and red granite base that sits on a pavement of polished red and green granite squares. It was designed to hold the body/remains of the nation’s first combat death of World War I, Corporal James B. Gresham of Company F, 16th Infantry, from Evansville, Indiana. Though the Gresham family was present for the dedication of the Cenotaph in his honor, they subsequently decided not to move the body from its original burial place in Evansville. The Cenotaph remains empty today, dedicated to all those lost in World War I. An inscription on the north side memorializes Gresham. 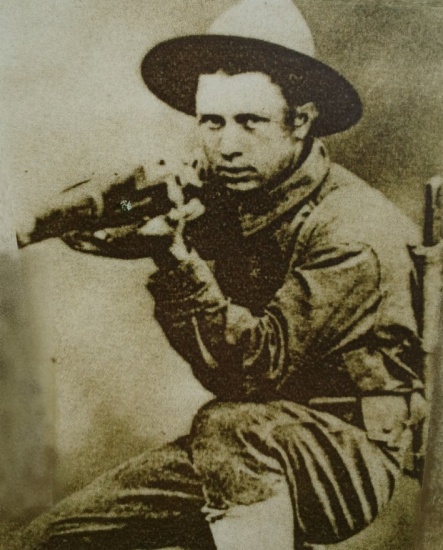