Chambers lawn has been the scene of at least three high profile racist incidents in the college’s history. In 1892, two Black baseball teams received permission from the college to play a game on the campus diamond, which was located on the South side of Chambers. During the game, a Davidson student (a White man, as were all Davidson students until 1962) started a fight with a Black spectator by threatening him and hitting him with a riding whip; soon after, the student pulled a gun and shot at the man, chasing him out of the stands and firing at him repeatedly. The man was not shot, but it is unclear if the student faced any punishment (Lingle 1947, 43-44). Walter Lingle, a former president of the college, was a student at the time and saw the event from his room in Chambers; even after witnessing the chase, he still thought it was appropriate to assert in his 1947 book that “the relationship between the students and the Negroes of the town of Davidson has always been friendly so far as my memory and observation go” (Ibid., 44)

In 1920, a group of students called the Georgia Club staged a mock lynching with an unnamed Black Physical Plant employee. They included a photo of the event in that year’s yearbook, and included a list of the students’ names, organized by titles such as Chief Rope Puller, Torch Carrier, Holder of the Spoils, Writer of the Fates, and Lynchers (Davidson College 1920, 173). Such phrases evoke traditional aspects of White supremacy and the KKK, including the symbol of the torch which has been and continues to be used by Nazis and Klan members alike (Pierce 2017). The inclusion of the photo in the student-designed and administration-approved yearbook evinces the presence of KKK organizations and ideology on campus.

To view the original photo and learn more about the context of lynching and KKK activity on campus, including a cross burning in 1956, see <http://disorientingdavidson.com/>. 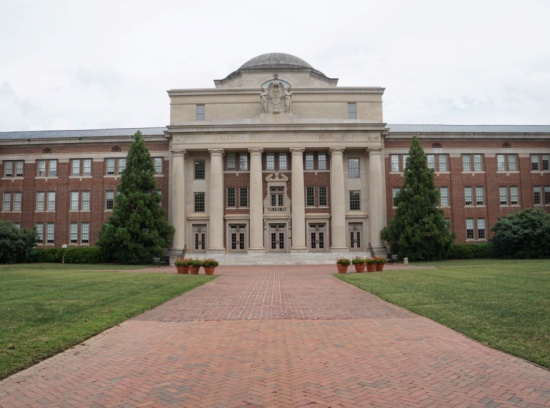