For centuries prior to the arrival of European nations, the area now known as Greenville county home to the Cherokee nation. Now, standing tall outside of Greenville’s water system is a ten-foot bronze statue known as “Water Blessing”. Created by Doug Young, the bronze homage to Greenville’s earliest settlers serves as a symbol of gratitude for the water that sustained life both within the Cherokee settlement and beyond. As shown in the contemporary photograph of the statue, the man of Native American heritage is holding a bowl that pour water to represent purity. Many who look upon the statue will recall the native American appreciation for earthly elements, but few know the full history of the Cherokee presence in Greenville County, much of which contains land disputes and bloody violence on both ends.

Prior to the American Revolution, the Cherokees had lived relatively peacefully with traders in this area. On the historic map, it is evident the area that they lived in and their locations relative to water sources. A representation of this is in the painting, which depicts how the tribes lived and their dependency on water. A treaty had been signed in sixteen eighty-four that established a steady trade of deerskins, food, and supplies that was beneficial to both the Native Americans and the English settlers. This period also marked a major shift in power within the Cherokee community itself. In the times of peaceful trade, the Cherokee tribes were run by priests. Later, there was a shift in power; tribes that were once led by priests were now being operated by distinguished and powerful warriors. These new leaders now desired guns and ammunition from the English. These new leaders and weaponry made the Cherokees a relatively lethal force, and in time they would use their new weapons in the French and Indian War, regionally known as the Cherokee war in the Carolinas.

The Cherokees proved to be valuable allies to the English during this time. Especially in the seventeen fifty-eight when they answered the call of their weakened ally and helped take over the French stronghold of Fort Duquesne. They were led by Richard Pearis (Paris Mountain’s namesake), an Irish adventurer who is known for being the first settler of Greenville county and a friend to the Indians who traded heavily with them before the war. After the success at Fort Duquesne, the Cherokee army left the area with permission, but were brutally attacked by Virginia settlers on their way back to South Carolina. Before the Cherokee leaders could express their grievances a group of younger, rogue Indian warriors that were fed up with the actions of the white man attacked upstate settlements killing many men, woman and children.

Post French and Indian war Greenville county was a new phase for the Cherokee nation and the beginning of an entire hidden history brutal massacres and banditry on behalf of the Cherokee tribe. Allied to the British, the Cherokees unleashed brutal attacks on settlements and patriots, most notably in the Indian Massacre of 1776. This was perhaps the most brutal of all massacres during this time, and it spread throughout the upstate, killing notable revolutionary figures as well as a number of additional men woman and children.

It is important to remember and reflect upon the early Native American tribes in our area, and while they are most certainly known for a deeper connection with the earth and its elements, it should not be forgotten that the Cherokee statue is a representation of this, and that there is always more than one side to a historical interpretation, and in this particular case there is a much darker side of violence between the Cherokee and the settlers of early Greenville County. 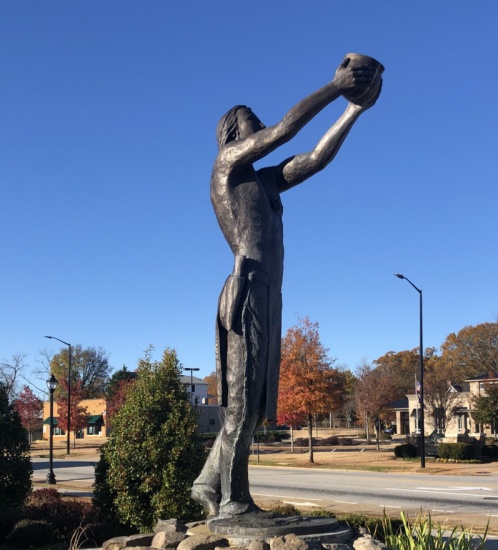 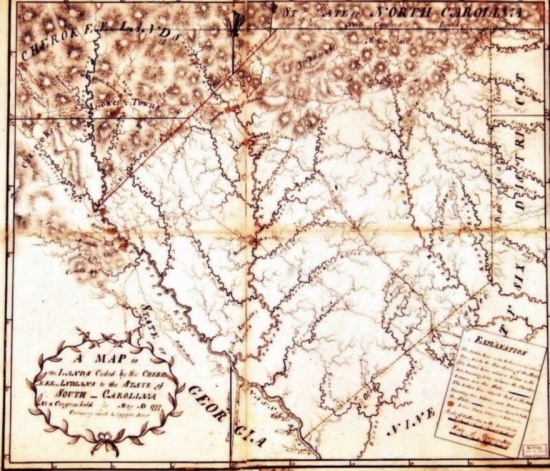 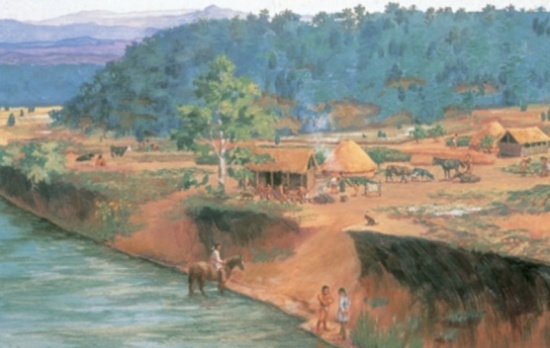