Chocolate Bar and the Junaluska Community

Chocolate Bar and the Junaluska Community

A café and gathering place for the members of the Junaluska community once occupied the building that is today home to the Austin and Barnes Funeral Home’s storage facility. In the 1940s and 50s, the Chocolate Bar was a “thriving business” and “a popular neighborhood social club”, serving the African American community located just to the north. Although there are few surviving records of the early Junaluska community, its earliest residents initially lived scattered across the Rich Mountain and Howard’s Knob hillside. In 1898, residents build the Boone Chapel, a small, African-American church located adjacent to the present site of the lower water tower on the hillside. The Junaluska Turnpike, from which the community later took its name, was built in 1905 and passed directly by the church. About 1917, the community’s residents also began to settle around today’s Church Street, which was known as African Street in the early twentieth century. By the 1940s, this Church Street area, so named for the Boone Mennonite Brethren Church built there about 1918, was the geographical center of the Junaluska community. Despite the barriers of racial segregation that affected community members until the 1960s, Junaluska’s black residents nevertheless worked in many homes and businesses in downtown Boone throughout the nineteenth and twentieth centuries and owned several businesses within the community. The Chocolate Bar property has been used by the funeral home since 1987 in varying capacities, although it has never been returned to a social use.

Boone Mennonite Brethren Church: Built about 1918, the Boone Mennonite Church was the center of the Junaluska community by the 1940s. The church hosts educational and religious outreach programs for the community. Sunday school teachers also worked as educational instructors due to the lack of funds within the Junaluska community. The church saw a rise in membership and popularity during the Great Depression of the 1930s and World War II. During the war, missionary work became vital to the community. One of the functions of the congregation was to provide gifts to the wives of soldiers. Even after the war, the Mennonite Brethren Church still played a major role in the community; the Church’s rich history laid the groundwork to establish itself as one of the places to serve, foster, and preserve the Junaluska community in the High Country. 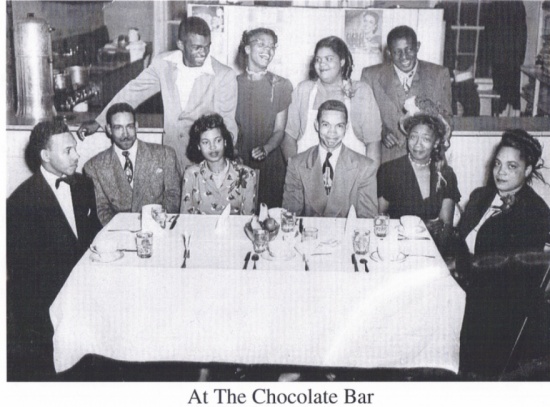