The Town of Boone is named for Daniel Boone, and the original version of this monument was erected in October 1912 with funds raised by Mayor W.L. Bryan. It was built to mark the location of a cabin where it was thought that Boone stayed during his hunting expeditions in the area. This monument was originally erected just west of Rivers Street and Stadium Drive. It was moved from its original location in 1969 to the east side of this intersection when Rivers Street was widened, then disassembled in 1994 when the University expanded. The engraved tablets were saved by a local dentist, Dr. Gene Reese, and after much deliberation, it was redesigned and rebuilt in 2005 at Rivers Park. 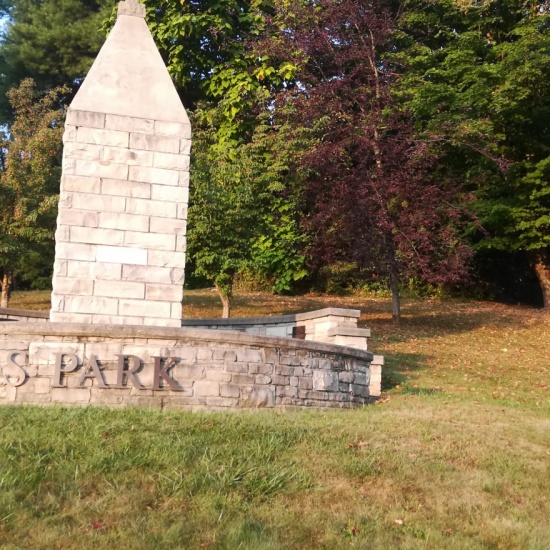 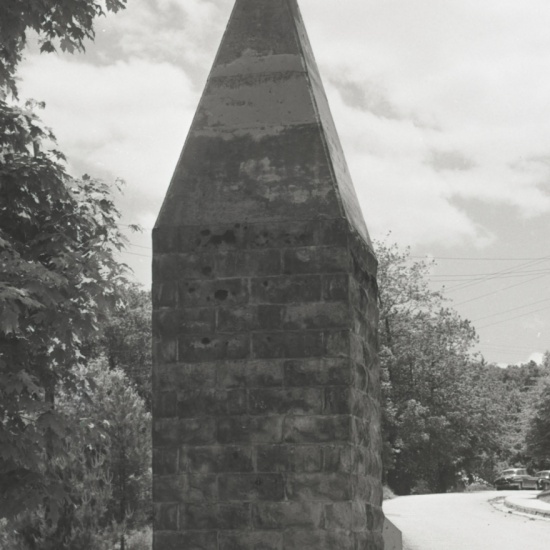