Arthel “Doc” Watson (1923-2012), an 8-time Grammy winner, was born down the road in Deep Gap and always remained “Just One of The People,” as this sculpture states. Blind since infancy, Doc started his career in his 20’s busking in front of Boone Drug, and playing his guitar at local spots like the Appalachian Theatre. In the early 1960’s he was discovered and made his appearance at the Newport Folk Festival. He became part of the Folk Revival and is known worldwide for his flat-picking style of guitar playing. The Town of Boone celebrates Doc Watson Appreciation Day on the third Friday in June every year with a concert at the Jones House. This bronze statue of Doc Watson was dedicated on June 24, 2011, and sculpted by Alexander M. Hallmark. 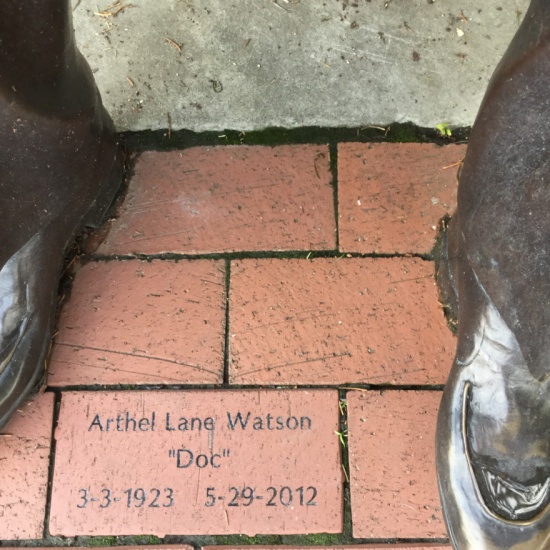 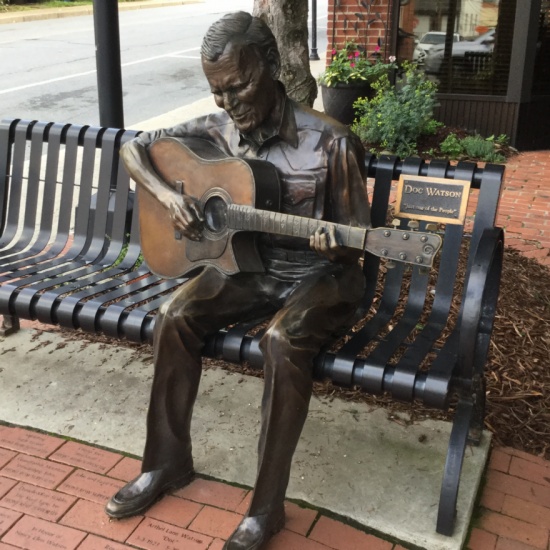 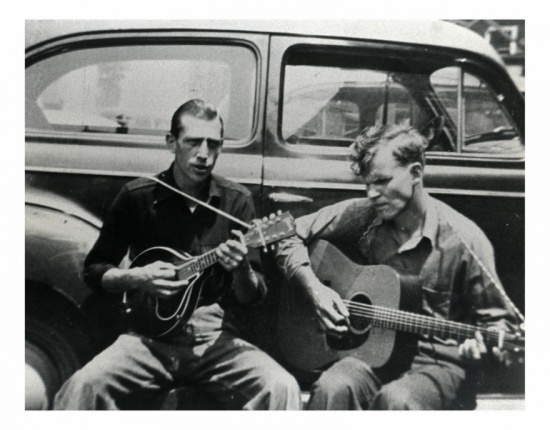 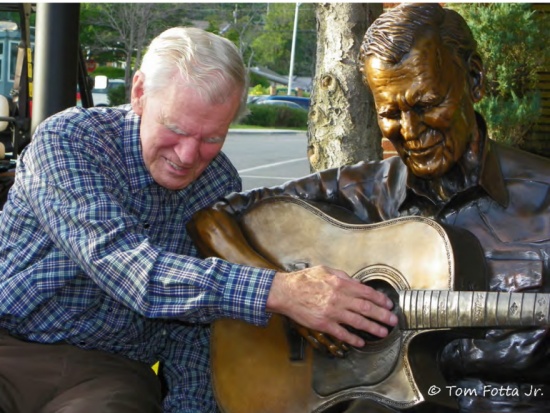