Constructed in 1929, this structure was built speculatively and later became the city branch of the national five-and-dime retailer F.W. Woolworth Co. Architect Charles C. Hartmann (Jefferson Standard Building) combined classical Greek elements with Art Deco motifs including bronze urns and acroteria,. The majority of the façade is of Indiana Limestone articulated in highly stylized forms including fluted pilasters, frieze panels, medallions, and draping. In 1960, the site was the scene of the Sit-in Movement to dismantle Jim Crow Era laws against African American citizens. In recognition of that historic occasion, this internationally distinguished site has been extensively reprogrammed for use as the International Civil Rights Center & Museum. Open to the public. 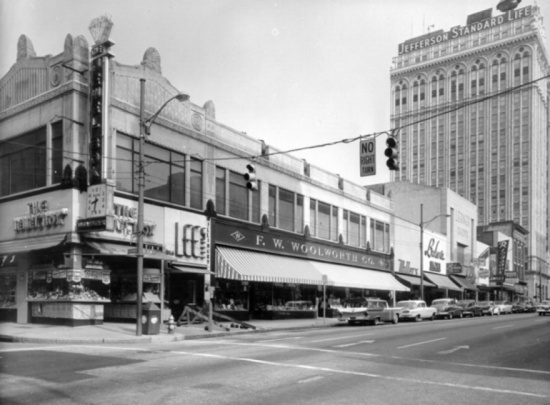