HISTORIC HOUSE 319 North Sterling Street Circa 1907: Felix and Louise Martin Latiolais The style of this house is called the Cajun Prairie Queen Ann style. It was widely popular at the turn of the 20th century in South Louisiana. It was the home of Felix M. Latiolais and his wife, Louise Martin from 1915 until the Louise’s death in 1927. Felix was the first City Marshall for Lafayette, and served as Sheriff from 1914 to 1924. Felix M. Latiolais was one of three children born to Dr. Felix C. Latiolais and Jenny Beauchamp. Felix M. Latiolais was married on February 14, 1906, to Louise Martin, daughter of Agnon Edgar Martin and Julie Martin. Their family of four daughters and three sons were brought up in this house. 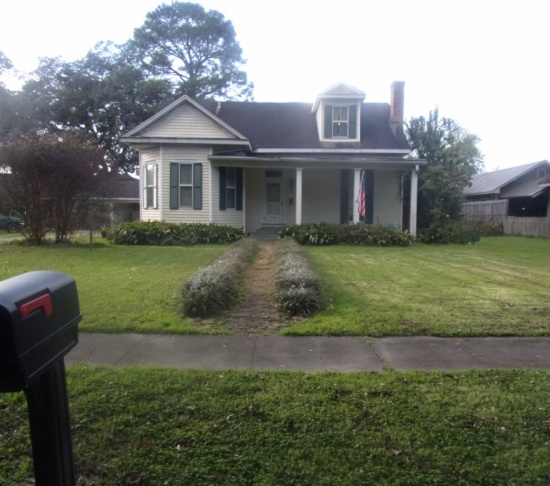