Footsloggers: The building originally located on this site was constructed in 1940 as the Cook-Nichols Motor Company Building and housed auto dealerships for more than 45 years. The curved building was a 1950 addition to the complex. The complex housed Ram’s Rack Thrift Shop in the late 1980s and the Depot Street Musical Hall in the early 1990s. A large fire razed a Mexican restaurant in the central building in the 1980s, where the climbing wall courtyard is now located. The original north and south walls of the Cook-Nichols building stand as the outer walls of the buildings flanking the courtyard.

Magic Cycles: This building, completed in 1920, was originally the Watauga Motor Company Building, a Ford dealership owned by Ed Shipley. Construction began in December 1918 using bricks brought in on one of the first freight shipments for the Linville River Railway. From about 1935 through 1967 it functioned as the Town of Boone’s Town Hall. Cecil Greene, of Farmer’s Hardware, purchased the building for $18,000 at auction in 1967. In 1976 Farmer’s Ski Shop moved into the building and has remained on the second floor until 2018. 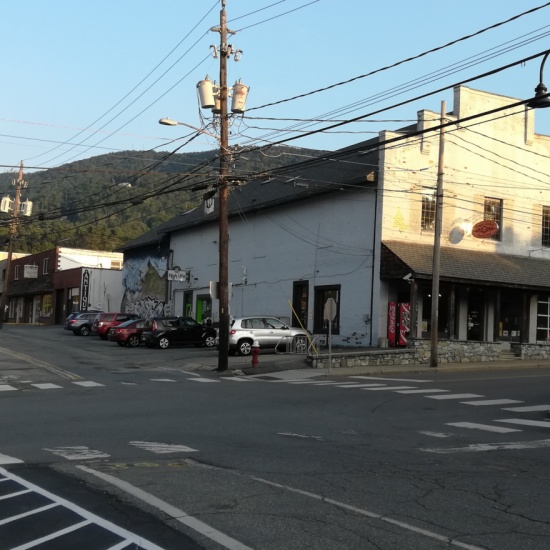