Green Hill Cemetery opened in 1877 with 51 acres of land. It is the oldest municipal cemetery in Greensboro, though several other church affiliated burial grounds date to the mid eighteenth century. The grounds contain Greensboro’s best collection of late-Victorian and twentieth century funerary art and design. Works include a myriad of local and exotic stone, sculpture, craftsmanship and engineering. The curvilinear design and layout of Green Hill is in the Garden Style with elliptical and circular family plots, which was typical of the Victorian period. Many prominent families selected Green Hill and the names inscribed on stones are a “who’s who” list of early citizens. Notable are the Grays, Whartons, Eckels, and McAlisters. In 1901 the City Cemetery Committee asked the Mayor to declare Green Hill for white use only. The request was ignored. However, in 1918 the city opened Maplewood Cemetery for Greensboro’s black community.

Scattered among the markers is an extensive collection of popular plant materials, including many early varieties that are otherwise located within private lawns and yards. More than 600 different trees and shrubs identified on the grounds, including hundreds not usually seen in North Carolina. 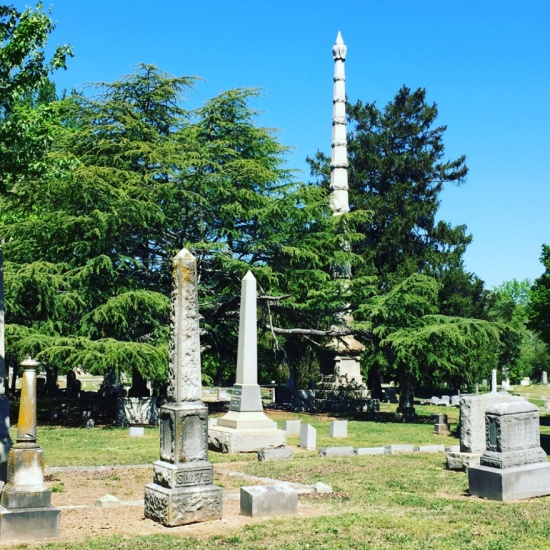