This Neoclassical Revival house was begun in 1907 by architect Richard Gambier for insurance executive George Grimsley. Overlooking Greensboro’s Fisher Park, the two-story frame house features a stone foundation, a broad porch of Ionic columns that engage a porte-cochere, and a high, hipped roofline pierced by hipped dormer windows and tall corbelled chimneys. The design of the house blends classical elements with features associated with Colonial Revival architecture, including a main entry flanked by sidelights and a transom, a bay window, and use of louvered shutters. The house was first occupied by Grimsley, then president of Jefferson Standard Insurance Company. Years later it was purchased by Fielding Fry, a one-time mayor of the city and founder of North Carolina National Bank. 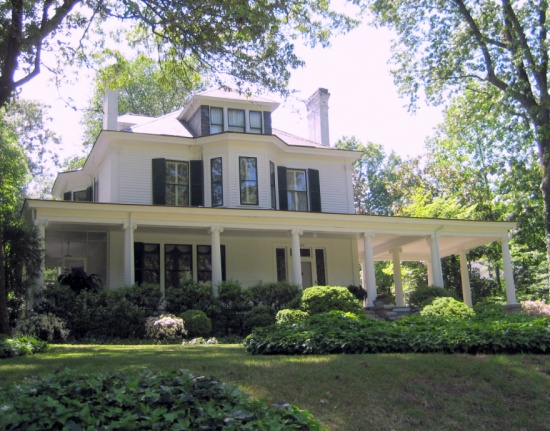