Eugene B. Gleason opened Gleason’s General Store at the corner of Lake Street and Broadway Avenue in 1896. When he expanded the store ten years later, it became the largest in Wayzata. While the store itself occupied the first floor of the building, the second floor had several uses during its life – first as a meeting space for the Odd Fellows, then as a movie theater, doctors’ offices, and finally as apartments. The building was torn down in the 1960s, and today McCormick’s Pub & Restaurant occupies the site. 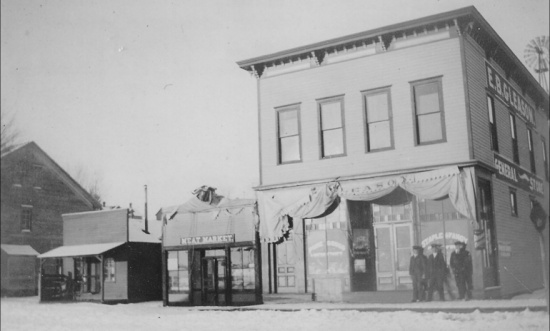