This property, built in the 1850’s, was originally located near Bedford Mills and was owned and operated as a logging camp and sawmill by John Chaffey. In 1876, new owner W.J.Webster moved the house to Westport. They cut the building in half and floated in on two rafts down Mud Lake, to Newboro, though the locks and across the Upper Rideau to Westport. The two sections were horse drawn up the street and reassembled in it’s current location. The building was used by DR. W.G. Hamilton as both his office and residence. 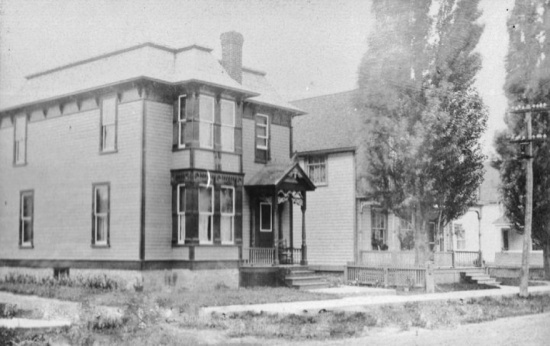