HANLEY-GUENO HOUSE CHATEAU DU PARC 406 North Sterling Street Local Historic Property #41 A shoe salesman built this stately American Foursquare house after buying the property from Martha T. Greig, wife of Dr. Francis S. Mudd. However, the owner of most notoriety is Joseph Raoul Jeanmard, whose brother, Bishop Jules Jeanmard, lived in the house for about a year during the construction of Saint John Cathedral and Saint John Rectory, L’ancien Évêché. The Jeanmard Family is also credited with being the first to bring Azalea plants to Lafayette. Some of the oldest Azaleas in Lafayette can be found on this property. Hanley-Gueno House is named after the owners who carefully restored and occupied the house for over 35 years prior to 2007. They are also well known for creating the Baroque Neapolitan crèche, now on permanent exhibit at Saint John Cathedral Museum. 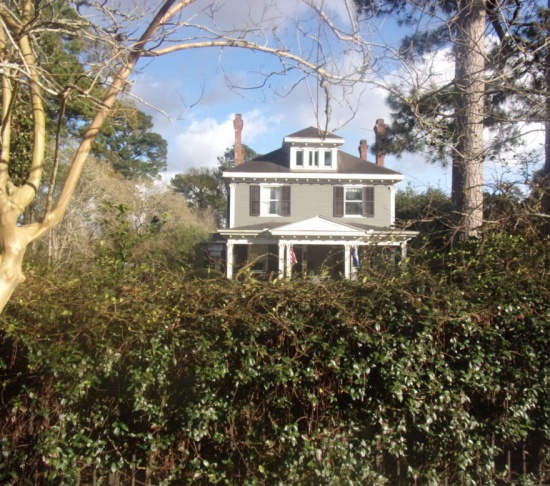