This house was built in 1887 by early pioneer Sumner Hinckley who moved here from Mobile, Alabama. He died just a few years later and his wife remarried Kelly Harvey, the town's first surveyor.

Kelly Harvey and town founder, Isaac Trabue had a very contentious relationship. Harvey was instrumental in leading a revolt against Colonel Trabue. He and a group of men seized control of the town and incorporated it as Punta Gorda rather than the original name of Trabue.

The marriage of Kelly Harvey and Mattie Lee Hinckley was very unhappy. They had one child and after Mattie's death, the daughter Marina was raised by Mattie's family in Alabama according to her last will and testament. Mattie wrote "My husband has done much to alienate my affections, and I do not desire my children to be in his custody or control."

Kelly Harvey remarried widow Elva Park primarily for the purpose of buying back the Hinckley house through Elva. He left her in 1923 to move to New York and eventually he went to California where he died in Los Angeles, alone and poor.

This house is distinctive for it's turret. 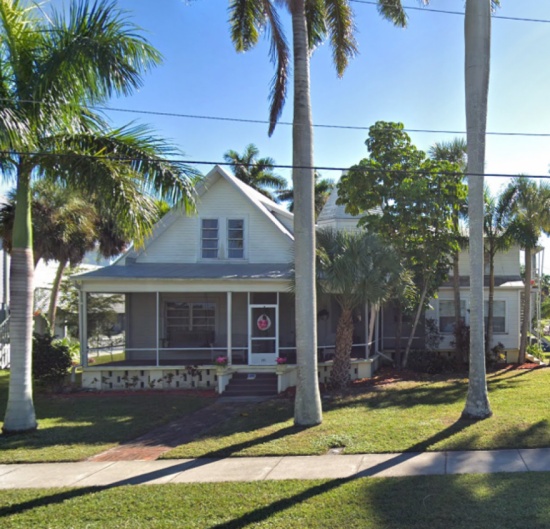