Part of Chief James Whitecloud's allotment, the tribal powwow grounds have served as a location for ball games, rodeos, and powwows since at least the 1920s. The creek beyond the grounds and along the road is Roy's Creek, named for the French trader J. Baptiste Roy, who married into the Ioway tribe and had a trading post and ferry on the Nemaha River near here.

The Ioway powwow, also known as the Baxoje Fall Encampment, was revived here in the 1980s and is held every year, on the third weekend of September. All are welcome, free of charge, to this old-fashioned powwow, and camping is also free during the powwow. 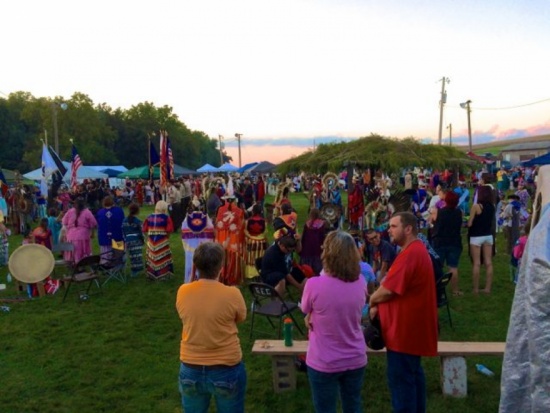