Winding down the Reedy River, flowing past the Falls downtown, you will eventually make your way to quiet Lake Conestee. While today Lake Conestee and the land surrounding it are part of the Lake Conestee Nature Park, buried beneath the surface of the lake lies a "history" we hope to always keep "hidden."

In the mid-1800’s the South sent its raw cotton to New England for weaving and spinning; however, in 1840 Vardry McBee set out to change that tradition. By 1847, the Greenville Mountaineer newspaper was printed on paper manufactured by V. McBee Sons & Company, and soon after the mill supplied the newsprint for the papers of Spartanburg and Charlotte as well (The New South).

According to the National Park Service,Vardry McBee’s millwright John Adams shored up a rock dam to generate power for McBee’s factory. In 1982, the rock dam was shored again, creating the 130-acre lake, Lake Conestee.

Between 1890 and 1915 the number of textile mills and supporting mill villages upstream of Lake Conestee increased from two to over twelve, all of which dumped their waste directly into the Reedy River and/or its tributaries. At this time Greenville itself was facing extreme growth and its industries were littering the Reedy, polluting the river with sewage, industrial, and commercial discharge. The discharge was so bad that the acreage of Lake Conestee shrunk thirty acres due to reduction by sediment (Lake Conestee Nature Park History).

In May of 1925 the stench, waste, and sedimentation had become so intolerable that Thomas Charles, the Conestee mill president, sued the City of Greenville for polluting the Reedy River and Conestee Lake. He accused the city of operating an antiquated and inadequate sewer system and pled for immediate relief (Attorneys & Law in Greenville County: A History).

The case dragged out for six years, heard twice in the Supreme Court. During the process, ground was broken for a new sewage system, “the most modern in the world,” costing Greenville about two million dollars. As a result, the U.S. Health Service named the city and county of Greenville the healthiest place in the United States in 1928, despite the still severe pollution of the Reedy River and Conestee Lake (Attorneys & Law in Greenville County: A History).

Conestee Mills v. City of Greenville marked one of the first environmental law cases in the nation let alone one of the first landmarks in the fight to clean South Carolina rivers. In 2000, this effort stretched even further with the development of the Conestee Foundation, created to lead a revitalization of the lake through the development of a nature park (Lake Conestee Nature Park History).

This is what you will find today when visiting Lake Conestee. While on the surface, the lake seems exactly as you would expect, Lake Conestee holds more than two million tons of sediment that has been polluted by toxins and heavy metals, all discharged due to the city of Greenville’s pre-regulated operations. According to the Greenville Journal, the park is one of 450,000 properties in the country classified as a brownfield site by the Environmental Protection Agency, that is a site that has been deemed too contaminated to be redeveloped. Even so, the creation of the park is a perfect use of a brownfield, as while it may never be developed it can be enjoyed by future generations.

Two great fears of this history becoming present again loom: that lakes sometimes "invert," by which sediment on the bottom rises to the top; similarly, the dam may one day break and release (with pressure) all of the settled materials. We can all hope that the beautiful park continues to cover this foul aspect of Greenville's past. 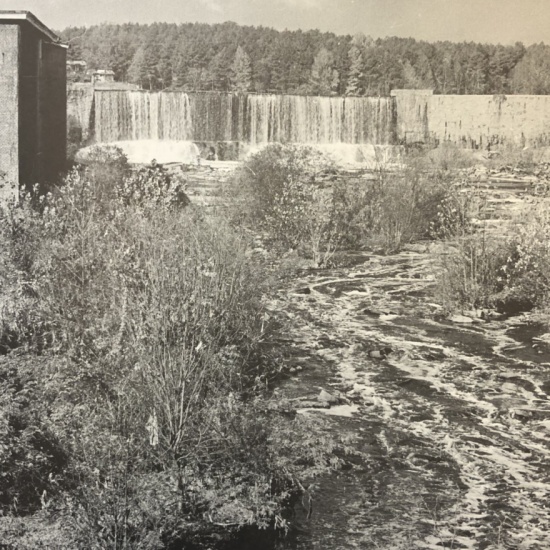