A relatively recent photograph of Lord's Malting is shown above.

John Lord is generally acknowledged to have developed the first extensive brewing business in Olney. John Lord was presumed to be born in Weston Underwood but his date of birth is unknown. Records can support that some ‘Lords’ lived in Weston Underwood in the mid eighteenth century. In William Cowper’s time, Samuel Teedon, a friend of the poet and a teacher in Olney, wrote in his diary 'whilst at Weston, Mrs. Lord brought Cowper some roast beef down from the farm'.

John, his family and close relatives owned some seven public houses, The Boot, The Bell, The Sun, The Duke William, The Cock, The Dolphin and (at the south end of the town) The Red Lion. This malting at 104 high Street (see photograph) was the only one (of five) not attached to a public house. It is possible that the Lord family transferred its malting business to the premises in the High Street after they left the Boot Inn around 1840. An old beam in Lord's malting has the date 1 August 1835 carved into it, with the two carpenters' names.

John Lord appears to have been an ambitious brewster. Unfortunately, following his death in 1812, his brewery operations appeared to become fragmented amongst his family. Had the business continued under John, it is possible that it would have expanded further, and as a consequence, it probably would not have been viable for Hipwells to develop their brewery interests in Olney at that time. However, his apparent early death paved the way for them eventually to buy all seven public houses in the 1860s and 70s, and judging by the grand dwellings that the Hipwell’s later built in Olney, there was still a fortune to be made in brewing.

Further details on John Lord's Brewery Activities, as told by a descendant (another) John Lord! is to be found on the ODHS website.

The three storey malting is Grade II listed as early 19th Century. The building has been used for several purposes since it ceased being used as a malting, including the manufacture of lampshades.

.Walk a short distance towards the Market Place to Number 100 High Street

Number 100 High Street (see above photographs) was formally 'The Doctor's Surgery'. During the nineteenth century it was the home of the Grindon family, members of which served the town as doctors for at least four generations.

In William Cowper's day, Hannah Wilson, who was Mrs Unwin’s niece, figures in the ledgers of the Doctor Grindon of Cowper’s day; and one of the Grindons married Lady Austen’s niece. The doctor’s records also show numerous repeat prescriptions for William Cowper, Mrs Unwin; and the Newtons too; all took advantage of his medical skills.

But the Grindons didn’t only dedicate themselves to medicine – we are told. In 1884 when the weathercock was being repaired and when the steeplejack was absent, Charlie Grindon climbed the spire and twirled the cock around to the amazement of the townsfolk. The steeplejack returned and removed his ladders, but the intrepid Charlie slid down a rope to the cheers of the spectators. Apparently generations of serious ancestors devoted to duty hadn’t entirely eradicated a daring spirit and a sense of fun!

Another photograph is included above of the Doctor's House taken around 1935, then the home of Doctor Dickenson. The surgery and waiting room annex is on the right.

Continue to the next Point of Interest by walking a short distance towards the Market Place to Number 88 High Street. This house is broadly opposite the next Point Of Interest (Number 8) the home of the ' New Hall' and Olney's ' Electric Cinema'. 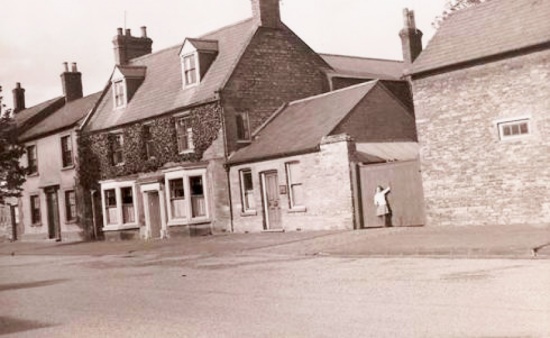 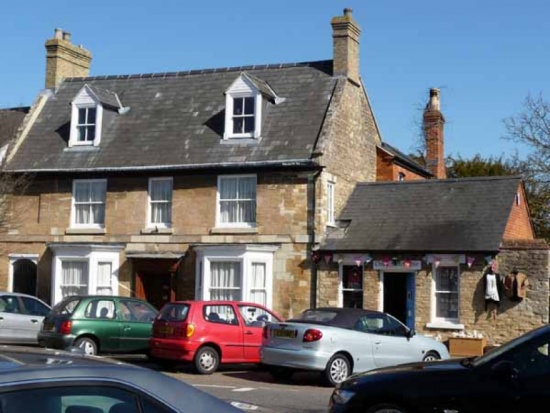 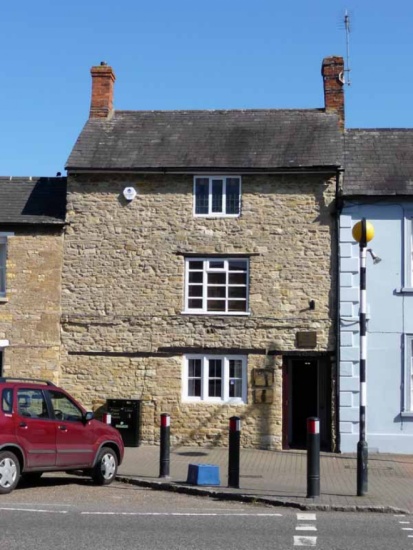