Deserae Sequeira: Ms. Mary, could you share with us how the campus life was at that time you attended St. Joe’s?

Ms. Mary: Campus life, you know, in many ways it’s the same, but in many other ways it was very different. Our curriculum was really picked out for us. I do not think we had as much choice in choosing a curriculum as you students have today; you have much more freedom with what you take. When I was in school, you had no part in this election process, basically. The first year, the second year, your courses were given to you, of course, under the guidance of somebody. When you declared a major, then you knew more where you going to get the specific kinds of courses needed. But I would say for the first two years, our courses were laid out for us. We had to take philosophy, we had to take theology, we had to take speech, we had to take- or I think I had to take a year of language- I did, because I think we had a little language comprehensive exam at the end of it. In that sense, our program was much more routinized than yours and we also went five days a week. We took three credit courses and we took two credit courses. The two credit courses were two days a week. They were Tuesday and Thursday; and then three credit courses were Monday, Wednesday, and Friday and we basically had a full day.

I know from my experiences at St. Francis with my husband, the students there- the students in many cases, arrange to give themselves a day off, or they arrange to come only three days, or they arrange to come late classes and sleep in the morning, or take morning classes so they can work in the afternoon; so in that respect, it is very different. You know, even walking here today, I said it is still the serene, peaceful, wonderful, welcoming atmosphere environment that was here when I was here. It is striking, it really is striking. Just next door at McEntegart Hall watching the students working outside quiet, peaceful, that is definitely very much the same.

But of course I do have to admit to you girls, we did not have as much as Campus as you have. McEntegart Hall was not- this library was not here when I was here. We used the library- I think you call it Lorenzo Hall, it's the building next to the main building. Below that building in that little cubicle was what we called “the Smoker”. When I went to school, everybody smoked. That was the “in” thing; and that was the only place on Campus where you were allowed to smoke. So, what do you think it was like? We had 40 minutes periods, and in between I guess you got 10 minutes, and you needed 5 minutes to get to class. Everybody would head to the Smoker and you would work your way in there [students laughing], and we would play cards there too. On a free period you would play cards. And it was a little I mean tiny, it was probably a bit bigger than this room, and we would pack people in because anyone who had time, that is where you would go because everyone smoked. There was a lot of hustle and bustle. We also ate over there. Our cafeteria was over there, and that too was on ground level under the library. But that was a room apart from “the Smoker” as we called it.

Deserae Sequeira: I feel like your “Smoker” is kind of our school cafeteria. Where in between classes, everybody runs down to crowd one table, and just talk about anything, so it is kind of similar.

Ms. Mary: But you have that, that space is open. When I went to school that space was open but, I guess yes, I guess if you brought your lunch you could go in there and you could eat in there but you had to be kind of quiet. I also noticed that you students are allowed to go through what we used to call the Parlors, you know where the Chapel is?

Ms. Mary: Okay, where the Chapel is, there are very formal rooms, you students have access to that. See we were never- that was taboo, that was off territory. We could go into that cubby there where the priest would dress for mass. And of course, when I went to school here, we had mass every day. There was a mass at noon in the Chapel every day. 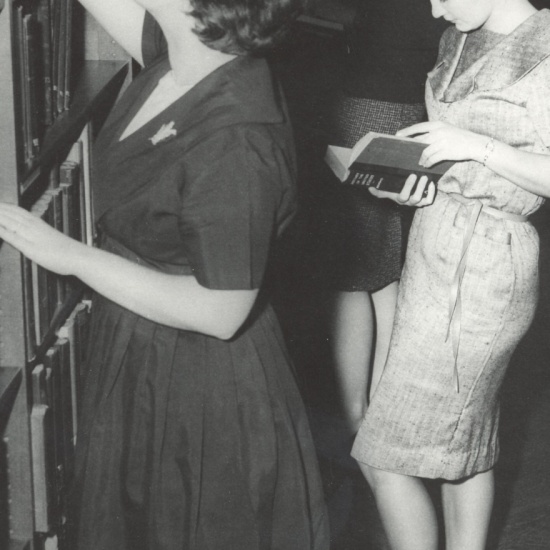 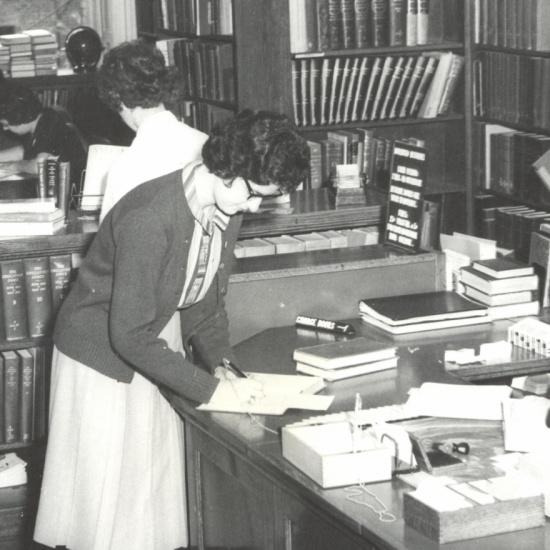 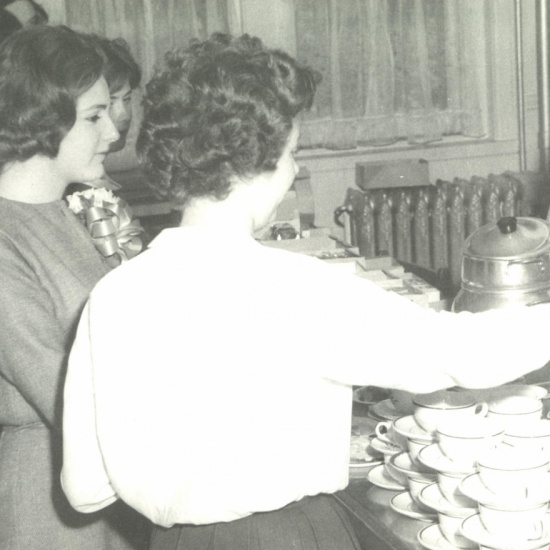 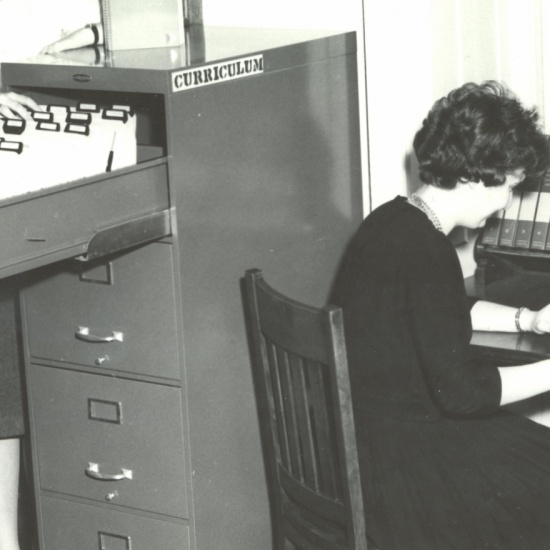 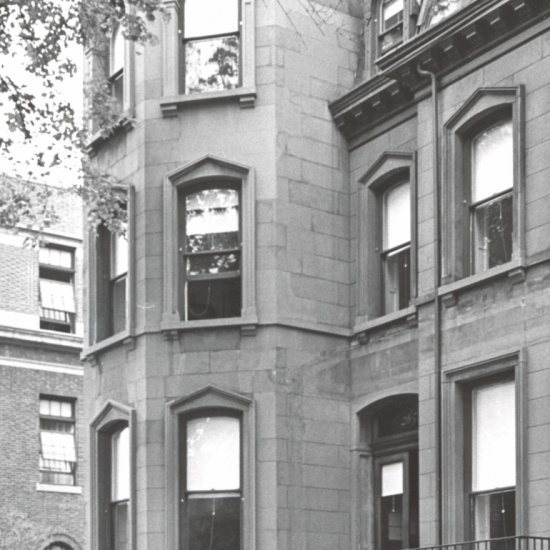 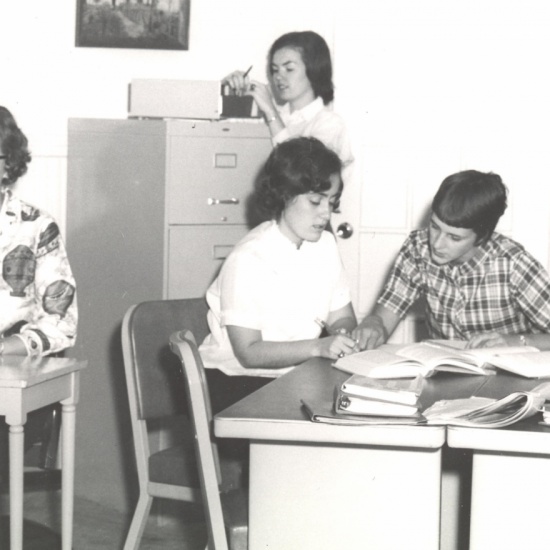 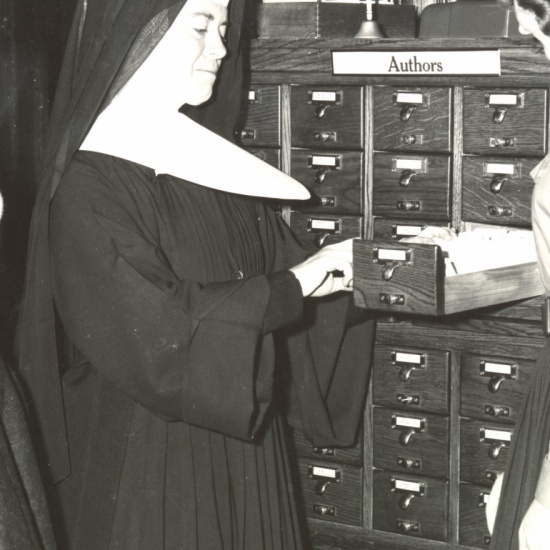 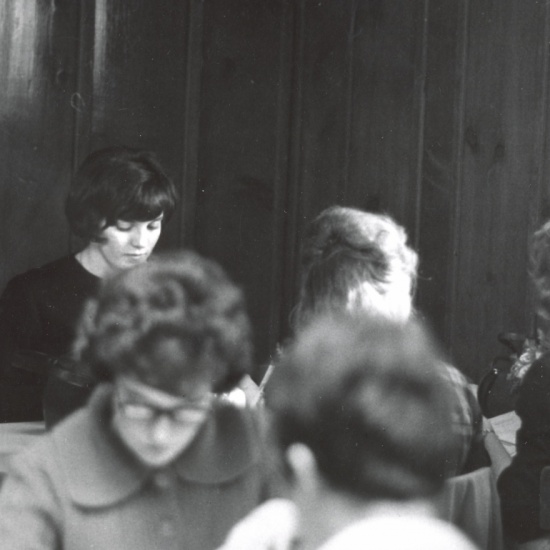 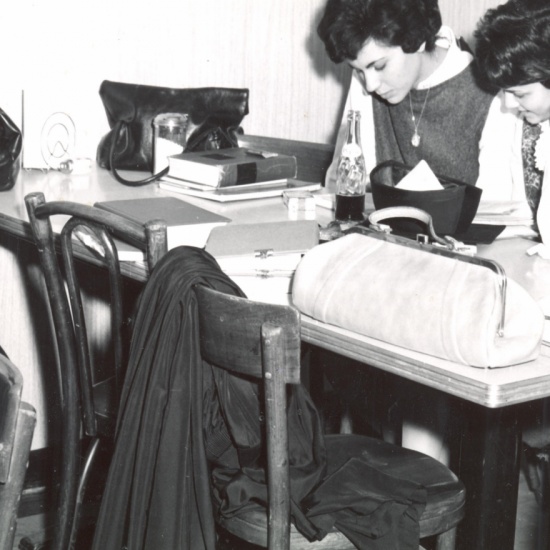 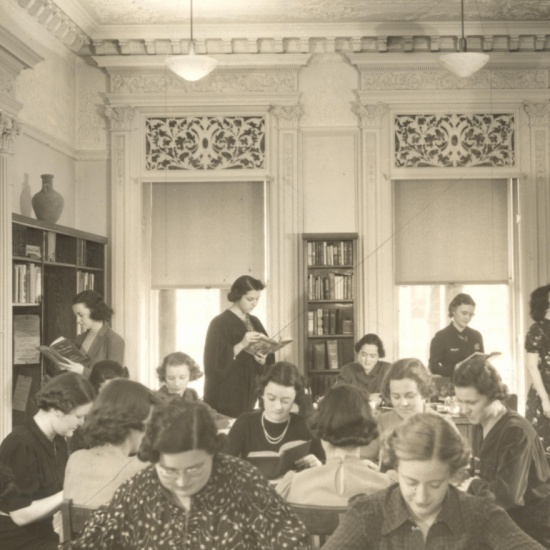 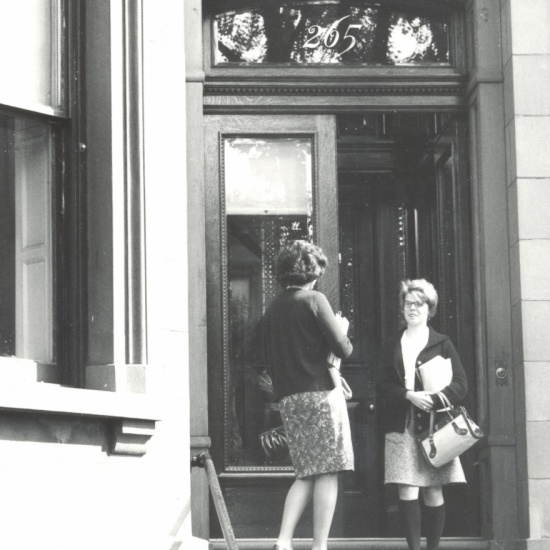