John Dick was distantly related to the prominent Dick family who lived just up Church Street. In 1890, Dick sold his farm northeast of the village and devoted his attention to Dick’s Laundry. The establishment became the first steam laundry in the city in 1891. Dick married Mary Ann Woodroffe in October 1892, and the couple first appear in City Directories on Church Street in 1892, when this home was likely constructed. The house stands as an excellent example of Queen Anne design, featuring a complex gabled roofline, wrap-around porch supported by turned posts, fish-scale shingles in the gable and a side bay window.

The Dicks remained in the house until 1914, when the couple moved to San Antonio, Texas so that John might recover from illness. The house was sold to Dorothy Turpin and Harry E. Gilliam. 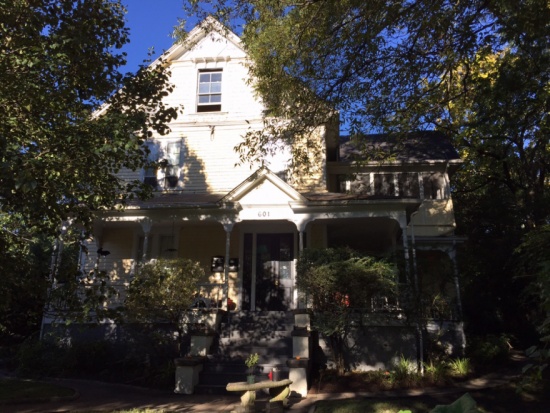