McFADDIN HOUSE 351 Elizabeth Avenue Local Historic Property #92 The property where this house is located was originally part of Charles Homer Mouton’s Plantation. The house on this property is believed to have been built shortly after the property was purchased from George M. Snodgrass early in 1904 for $300. Thomas T. McFaddin and Robert H. McFaddin were sons of Judge Theodore Alexander McFaddin, (1842-1916). Judge McFaddin was the first Justice of the Peace in the town of Vermilionville when that office first opened in 1880. Mr. and Mrs. Theodore A. McFaddin were also one of the original founding members of the Presbyterian Church of Vermilionville, organized in 1875. Robert H. McFaddin was an unmarried and well known owner of the corner grocery store that was located near Saint John Cathedral. Thomas T. McFaddin was married to Mary Eugenia Bradley, and they had no children. 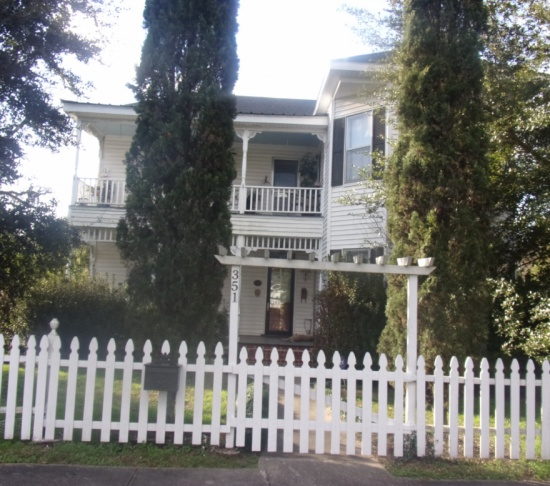