Martyrs' Memorial standing 92 meters (302 ft) tall was first devised by former Algerian president Houari Boumédiène to commemorate the Algerian struggle for independence. After 9 months of labor and construction the monument Opened in 1982 the unveiling took during the 20th anniversary of Algeria's independence. Moudjahids (statues of freedom fighters) rest at the base of the three-palm leaf shaped pillars, one soldier standing watch at each. These Moudjahids each represent a phase of the struggle for Algerian independence. The monument was first conceptualized by Algerian artist Bachir Yellès with two goal in mind. First, Yellès wanted to honor the hundreds of thousands of Algeirans that died due to the heavy hand of their former colonial oppressors. Second, the whole of the sight was originally ment to be an open space for the public, a focal point within a thriving economic and cultural zone of the city.

The monument itself is quite impressive and clearly shows the values the Algerian government puts on the lives of the freedom fighters who liberated the nation. Its towering structure can be seen from the coast as you move deeper into the city serving as an eternal symbol of an Algiers for Algerians. This beautiful statue while not the recreational hub it was initially designed to be, it serves as a reminder to the people of Algiers of a life before 1962. The facility also showcases the wealth and power the Algerian government has developed since its independence from France. Furthermore, its short distance from several museums and historic site’s makes the monument a must visit for any local out for the day, and any tourist in for the weekend. 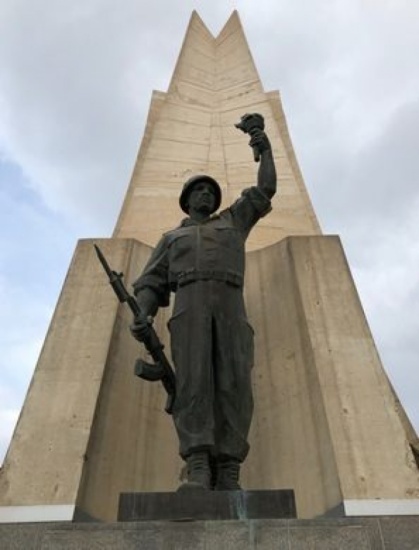 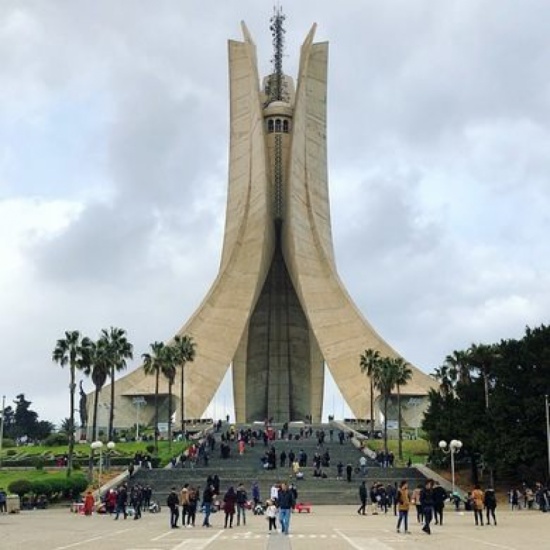