The New Medina, or Habous Quarter, respresents the French influence in Casablanca. Unlike the Old Medina, the New Medina was built in the 1930s while Morocco was a part of the French protectorate. The area combines French ideals and Moroccan styles throughout the architecture. The New Medina has several shops, open air restaurants, and mosques that are worth visiting. Since the area is seen as a tourist attraction, though, the Moroccan authenticity is debated. Some of the shops sell imports from Saudi Arabia. Despite this, shops still sell traditional clothes, shoes, carpets, and other wares. The bakeries are also very famous in this area, with Bennis Habous being one of the most famous.

Despite now being a tourist location, the New Medina was initially utilized to separate Muslim people from the French. Medinas are known as the Muslim quarters in many of the Sub-saharan cities that experienced French colonialism. Henri Prost and Michel Echohard were the major French city planners of Casablanca. They wanted to build a city that attracted colonial settlers, but many were scared to live in Africa. Thus, they built the New Medina in Casablanca to separate the city by race and religion, so that the French would feel safer. This area, then, shows the racist and anti-Islamic colonial past of Casablanca. The French did not believe that Muslims, due to their race and religion, were equal to them and thus must be separated from their living quarters. This was the initial purpose of the New Medina. 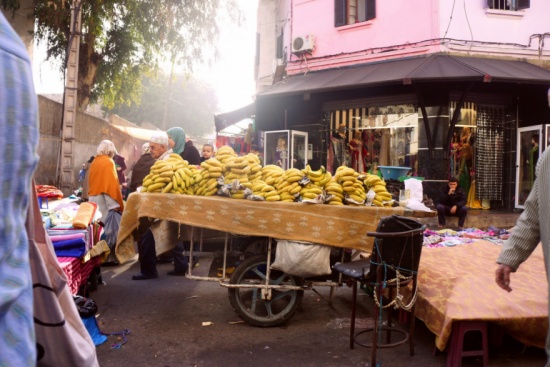 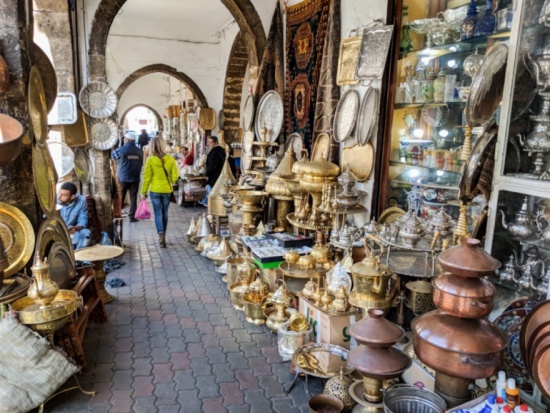