Look across the road to the very large building (Number 15 High Street). See Image above.

According to the 1910 Revenue Survey, Archibald Allen, a solicitor, owned No 15 High Street, together with several additional properties and plots of land in Olney. The 1911 Census lists the household as consisting of Archibald Allen aged 55, his wife Emily, aged 42, and his daughter Evelyn aged 18.

According to the 1891 Census, Archibald Allen's partner John Garrard, an unmarried Solicitor, lived next door at No17 High Street. The 1936 Register of Electors has Frederick William Bull and William Sharman Bull (possibly solicitors) residing there, suggesting that the main Partnership at that time was practicing somewhere else in the High Street.

The building was separated into two properties in the 1950s. The larger property No 15 was called Olney House and modified for commercial purposes. The smaller property No 15A to the left was called Evelyn House after Evelyn Allen, the daughter of Archibald Allen, who lived there in her retirement.

Incidentally, Garrard & Allen have practised in Olney for over 200 years, since its foundation in 1796 - possibly earlier - by John Garrard. They moved to No 4 High Street on the other side of the street some decades ago and has since expanded substantially with respect to the services they provide. 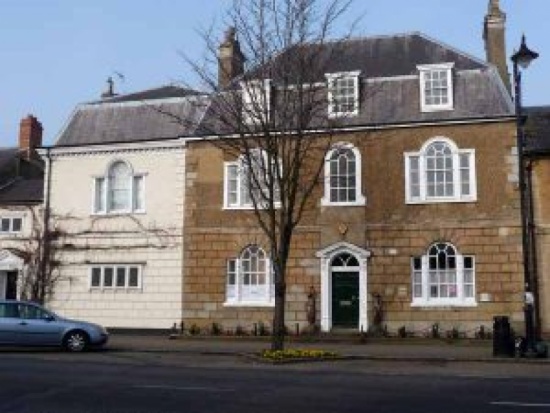