The Old Medina also hosts Casablanca's mellah. A mellah is the Jewish Quarter of a city in Morocco. Many Jewish people migrated to Morocco in the 15th century during the Spanish Reconquista, in which many Jewish people were pushed out of the Iberian Peninsula. The Jewish population settled in mellahs due to being surrounded by walls, providing protection. Interestingly, though, the mellah in the Old Medina is only a century old. During French colonialism, the French divided up the local populations in Casablanca depending on their race and/or religion. They utilized the mellah to place the Jewish people in one area, separate from the French and Muslims. Even after idependence, a large part of the Jewish population in Casablanca continues to live there, despite being accepted as a religion. This shows the remnants of colonialism in Casablanca. There remains no need to keep the Jewish population separate, and yet they continue to live in the mellah. This could be due to family ties to the mellah or more affordable housing in the area. Despite rejecting colonial religion, colonial separations still remain in Casablanca, as seen in the Old Medina. 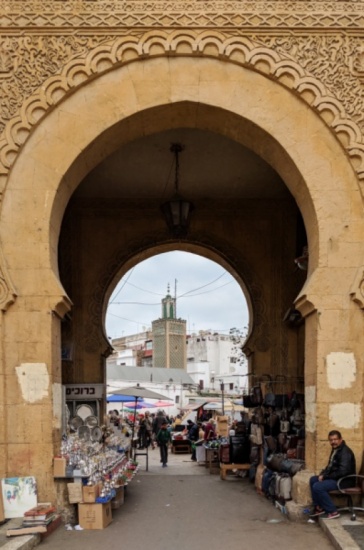