Overhang Porches- If you look up at the Blaire’s Drug Store, you will notice Shawnee’s most iconic architectural feature, the overhang porches. The overhang porches line the streets of downtown. As Shawnee bustled and grew into the 20th century, many shopkeepers would live in upstairs apartments directly below their shops. Thus, the overhang porches acted as their front yards. Due to the close proximity of the proches with one another, neighbors would interact with one another by passing pies and flour to each other from their porches. Stories were also swapped from the friendly confines of their “front yards”. The boom-style, overhang porches speak to Shawnee’s national prominence. Shawnee is home to the largest collection of boom-style architecture east of the Mississippi. Despite their significant architectural qualities, the porches are struggling to be preserved and saved and are at risk of being lost to history. 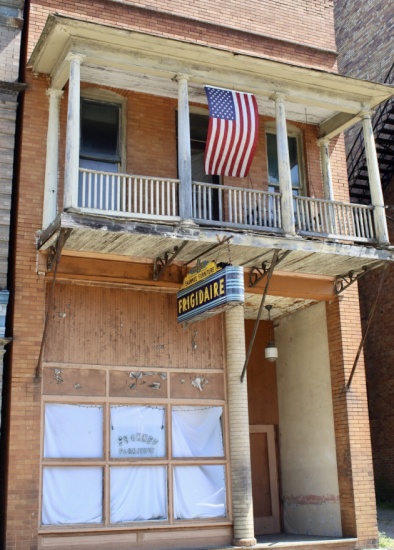