The 1,540-acre State Park sits on land that was once the main water source for the city of Greenville. Due to Paris Mountain being a monadnock, the mountain provided many natural springs for a natural water supply into the city of Greenville. Paris Mountain is home to four separate water reservoirs used specifically for that purpose. One of those reservoirs was Lake Placid, a 13-acre lake that is used today for fishing and swimming.

Similarly, Sulphur Springs, with its very high mineral content, was tapped for its healing properties. Local bottling predated running water. A man interviewed by Park Ranger Mike Davis in 1970 noted this practice and even said that as a young boy he would get paid to help bottle and cork mineral water coming from Sulphur Springs.

When the Civilian Conversation Corps (CCC) made the area a state-park and area for recreation in 1936, its use as a water source waned. Greenville now gets its drinking water from reservoirs further from the city, including the Saluda Reservoir at the very northern edge of South Carolina. 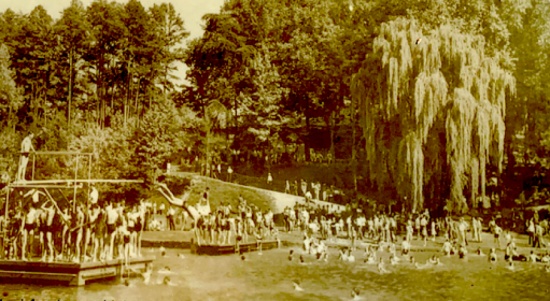