Partlow Cemetery is on the highest point on the reservation, and has a commanding view of much of the horizon. It lies right on the state line of Kansas and Nebraska. It may be the oldest historic cemetery on the reservation, dating from at least the 1850s when the Iowa Tribe moved from its former location at Iowa Point, due to the terms of the 1854 treaty under which most of the 1836 reservation was sold. It eventually became known as the Partlow Cemetery as it was on Emma Brien Partlow's allotment. Some graves are marked by headstones, while others are not. The large cedar tree is said to have been planted on the grave of an Indian warrior who was buried on his horse. The cedar tree is a sacred tree, associated with eternal life and the Thunder. Please respect this place of our ancestors. 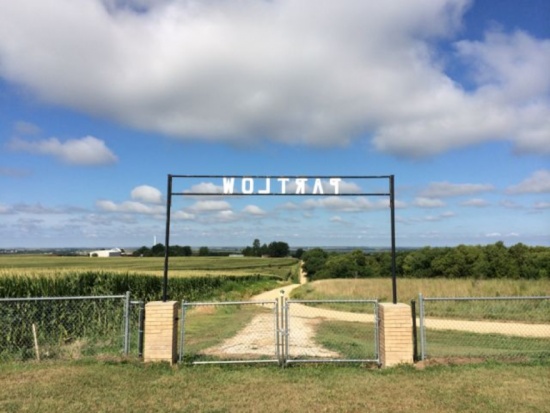