Greensboro’s Porter’s Drug Store is celebrated for its strong associations with short-story writer William Sidney Porter who wrote under the pen name O.Henry during the late nineteenth and early twentieth centuries. Porter worked here as a boy, from 1876 till 1881 under the direction of his uncle and storeowner W. C. Porter. In his uncle's pharmacy, he became a licensed pharmacist and was also known for his sketches and cartoons of the townspeople of Greensboro. At the age of twenty, Porter moved to Texas and worked on a sheep ranch where he gained knowledge for western life that was described in many of his short stories. Later in his life, after losing his wife and spending time in prison, he moved to New York City, where he published over 300 stories, including “The Gift of the Magi,” and “The Furnished Room.”

In 1890, W. C. Porter sold the store to Lunsford Richardson and John Farris. During their tenancy, Lunsford Richardson developed and patented Vicks VapoRub in 1894, a successful cold remedy. Architectural and historical evidence suggests that the two-story building was erected in the 1860s, but a fire in the 1920s necessitated reconstruction of the storefront incorporating a terra cotta arch and wrought iron trim. The building was restored for office use in 1987, when a mid-twentieth century aluminum and glass facade was removed. Private. 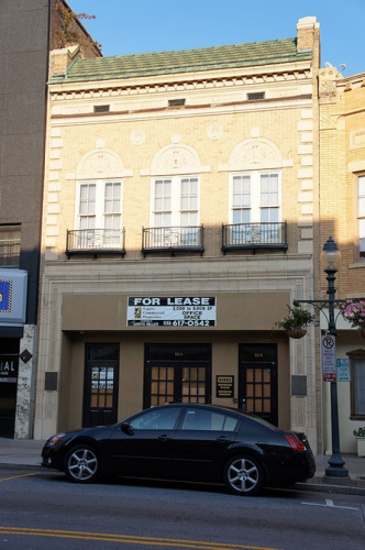