The Madison Railroad Station, built in 1895 served passengers of the PCC & St. Louis Railroad until 1935 when passenger service was disconnected to Madison. Unlike early railroad properties that valued functionality over style, the Madison station used an octagonal plan rarely seen in commerical buildings. The two-story octagonal main section served as a passenger waiting room with the second story forming a cupola that reached above the wraparound porch’s roof. The small wing off the cupola’s west side housed the baggage area and ticket office. The building, now owned and operated by the Jefferson County Historical Society, is now used as a museum, interpreting a 20th century passenger station. It also features exhibits about Madison's Railroad transporation service and the incline. 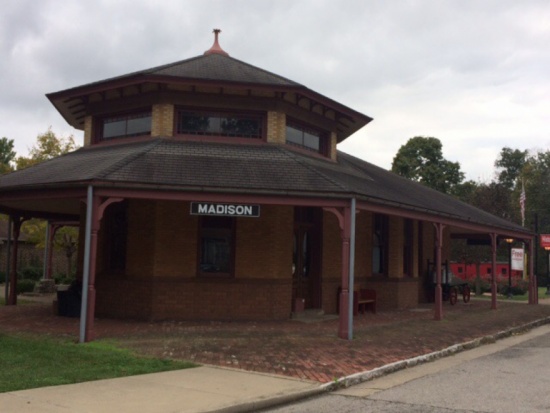