The Rivers Printing Company building, built in 1937 with a nod to the Georgian Revival style, originally housed the offices and print shop of the Watauga Democrat, a local newspaper that had operated on or near the site since 1888. R.C. “Bob” Rivers ran the newspaper from 1889 until his death in 1933. Rivers’ advocacy of civic improvement projects such as highways, electricity, and schools helped transform Boone from a remote hamlet into a bustling town. His son, Rob Rivers, Jr., ran the paper following his father’s death and his daughter, Rachel Rivers-Coffey, succeeded her father as editor after his death in 1975. Rachel and her husband Paul Armfield Coffey sold the paper in October 1994. Today the building is home to a local restaurant, Ransom, and a nonprofit, Wine to Water. 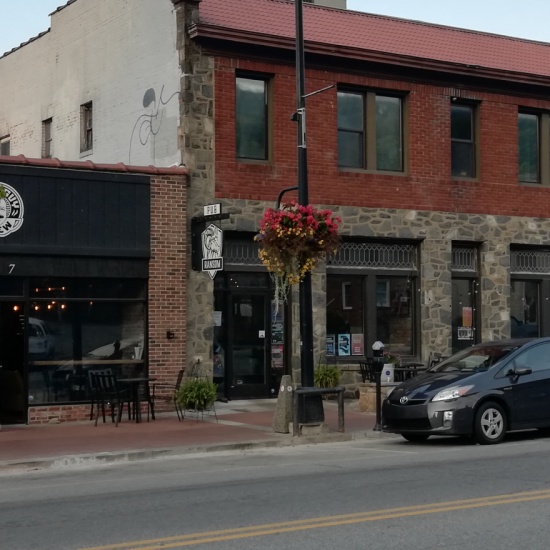