In the mid-18th century Greenville was founded on the banks of the Reedy River. In those early days, one could walk up to the banks of the river and take a drink. Grist mills used their power and farming along its banks began to change things, and with it, some human and animal waste. Bacteria levels of e coli and fecal coliform began to increase, as reported by Friends of the Reedy River.

The Reedy River is a tributary of the Saluda River and spans about 65 miles throughout the northwestern counties in South Carolina. After those first settlers' exploits of farming and grist mills, came the era of textile mills. From the 1890s, it became filled with dyes as it travelers from Renfrew Mill (at its headwater) by Union Bleachery, Sampson Mill, Monaghan Mill, Woodside Mill, here at Camperdown Mill, and below this, Brandon Mill, Judson Mill, Mills Mill, Dunean Mill, and Conestee Mill. As you can imagine, that is quite a bit of pollution and waste! The river took on the colors of the waste that was dumped into it by the textile factories.

Now much of the river is listed by the state as “impaired,” a designation that signals possible health risks and causes local governments to prohibit swimming, kayaking, and other recreational activities, according to Nix, a writer in the Greenville Journal. 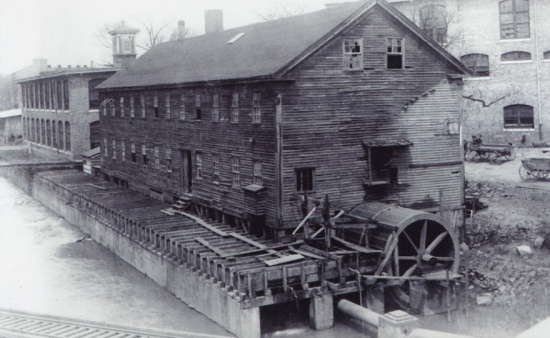