Salt Lick Memorial Park- As you make your way back up to the corner of Walnut and 2nd streets, the site of Village Hall and the jail, continue to make your way back down Schoolhouse Hill, to the corner of Main and 2nd Streets. Here you will come across Salt Lick Memorial Park, directly across from Knights of Labor Opera House. Named after the numerous salt licks in surrounding hills outside of Shawnee. This area was a popular gathering spot for wild game. As a result, the area was a traditional seasonal hunting ground for the Shawnee tribes prior to European settlement. Constructed in 1922 using Iron Clay brick from Rock Run, the village gazebo serves as a natural focal point of the park. Where the gazebo now stands, the Booth Building had once housed Ben Neble’s general store. Neble’s son, Emmanuel, would leave Shawnee and found Commonwealth Oil Co in Cleveland, which would be bought out by Mobil Oil. The park acts as an outdoor entertainment space and has hosted numerous outdoor concerts. 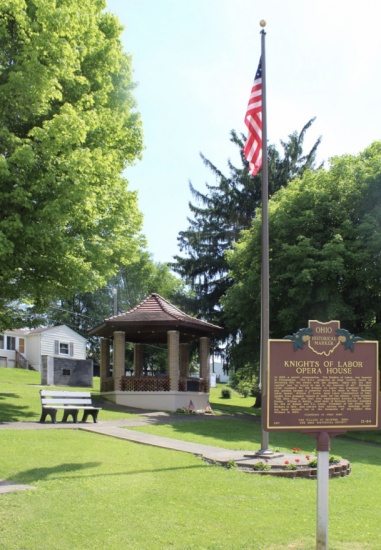 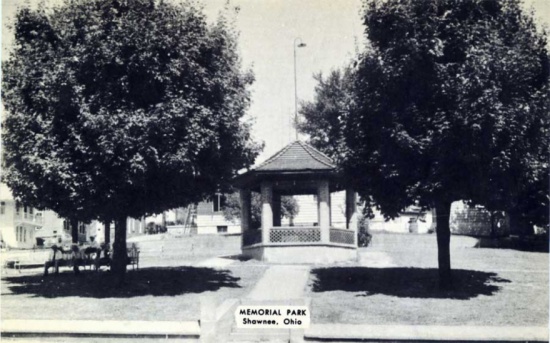