Toward the center of the park is the Schuyler Colfax statue. Colfax, an Indiana native, was Vice President under Ulysses S. Grant after the Civil War. Designed by Lorado Taft in 1887, it was the first statue to be placed in the park, originally at the southwest corner. The pedestal features many symbols of the Independent Order of Odd Fellows. Colfax wrote the organization’s “Rebekah Creed,” adopted in September 1851, which made the I.O.O.F. the first national fraternal organization to allow female members. Colfax is dressed in both an overcoat and a Prince Albert coat. The statue was moved to its present location in 1919. 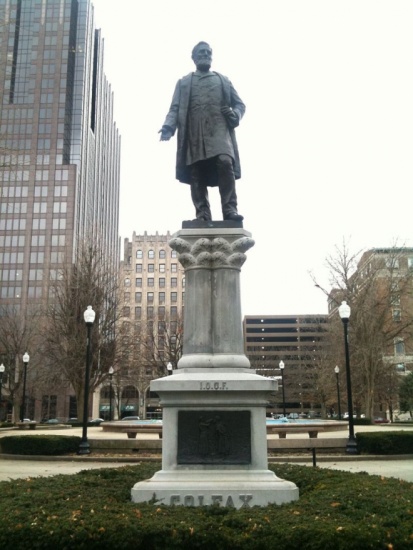