Shawnee Bank Building (Black Diamond Tavern)- Prior to becoming the Shawnee Bank building, it was constructed in 1877 for Thomas Hughes. Mr. Hughes used the ground floor as a saloon and the upstairs was used for entertainment functions. The original red brick front was removed in 1906. This building was home to the Shawnee Bank and was renovated. As America was in the throes of the Great Depression, the Hocking Valley was hit especially hard. In 1933, the Shawnee Bank closed its doors. However, the bank’s closure in 1933, did not prove to be an end. By the 1940s, the building was home to the Shawnee Grill and has served as the town’s bar in some capacity since. One of those owners included Hazel Hyde Matthews, who moved her Flying Trapeze Bar from East Main St to this location, during Hazel’s management of the bar, it featured glass windows that were removed after a logging truck, coming south from Scotch Hill, rambled through the building. The bar was just sold and hopes to reopen soon under the new name of Black Diamond Tavern, paying homage to the area's rich and important past. Please note, If you look inside the building, you will notice the tin ceiling tiles that provide a link to Shawnee’s boom time. As you continue your tour, you will notice another building with similar tin ceilings. Continue East to the KOL Opera House, located to the right of the Bank Building. 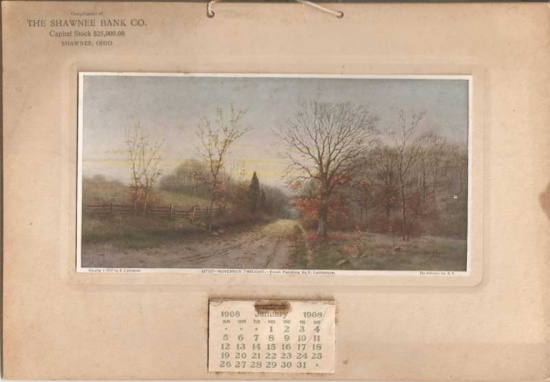 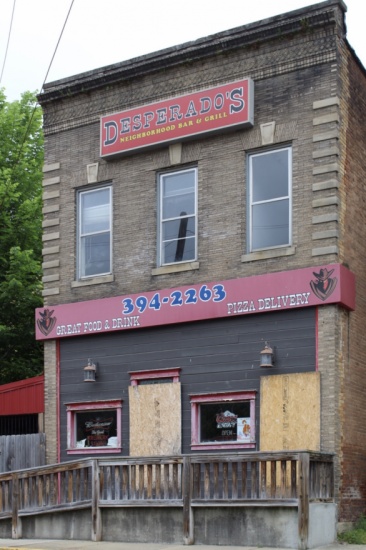