Saint Genevieve Catholic Church 417 E Simcoe Street Saint Genevieve Catholic Church was built to address the need for a place of worship on the north side of Lafayette. Railroad underpasses were not built until the 1940s, and after the railroad was completed in 1880, Lafayette’s north side residents faced long wait times for trains. Thanks to a generous donation from Mr. Henry Lastrapes in 1925, Father William Turlings, Pastor at Saint John the Evangelist church, was able to build a chapel on Simcoe Street for parishioners who lived north of the tracks. The church was named Saint Genevieve for the patron Saint of Paris, which also was Mr. Henry Lastrapes’ mother’s name. In 1938, side wings were added, enlarging the church to its present size. Lafayette’s population had more than doubled between the 1925 and 1938, and between 1925 and 1950, with the success of the University and the oil industry, Lafayette’s population grew from 8,000 to more than 33,000. 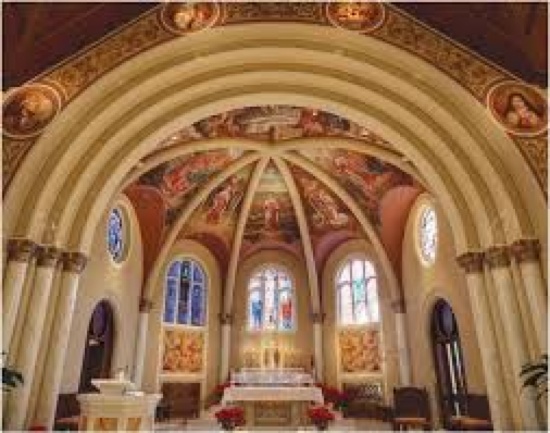