To build the original St. Patrick’s church, Father Dupontavice traveled up and down the Madison Railroad collecting money for a church and parochial school to serve the Irish Laborers in North Madison who worked for the Madison-Indianapolis Railroad. March 1853 In 1874 the church received its first resident priest. In 1909 the old church was torn down. By November 6, 1910 the current church was completed and was dedicated. Both the large picture of St. Patrick, brought from France by Father Dupontavice, and the Baptismal Font were brought in from the old church.

To see who contributed to the building of this church, all one must do is look at the windows. The building of the church was a community effort with special attributions given to the Steinberger, Shaefer, Conrad, Augustine, Jacobs, Carroll, Crawley, Dahlem, Rohrman, Bumen, and Prenatt families. 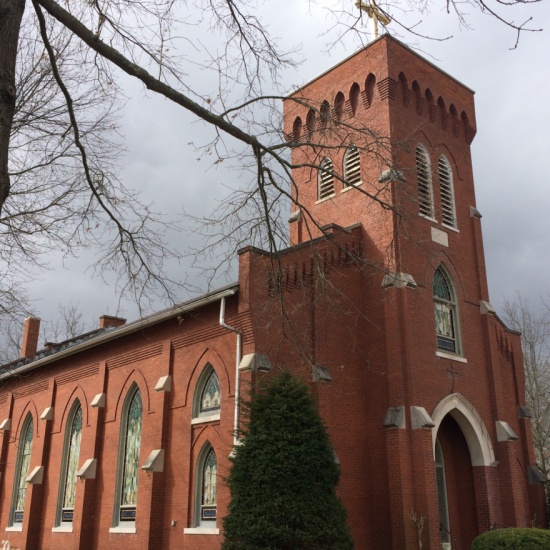