On a raid through western North Carolina in late March 1865, General George Stoneman’s forces successfully fought a skirmish against the Home Guard in Boone near the site of the present Boone Post Office. Col. George W. Kirk’s trailing forces then occupied Boone and Watauga County through mid-April 1865. Coinciding with the historic raids of General Sherman, the overall purpose of this march was to hasten the close of the Civil War. 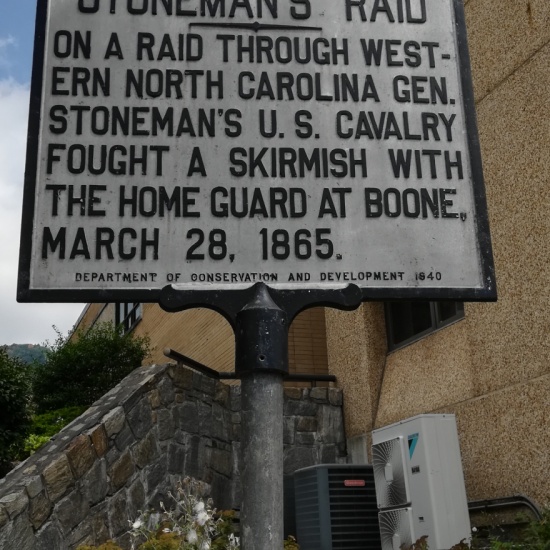