Jeremiah Sullivan was born in Rockingham County, Va. in 1794. In 1818, he erected a residence in Madison, Indiana, which is still standing, in good condition, and known as the Sullivan Home. While a member of the Indiana Legislature, he suggested the name Indianapolis for the new State Capital. At first, the suggestion met with ridicule, but after much discussion was adopted. He was a member of the early Indiana Supreme Court, consisting of three Justices, Blackford, Dewey and Sullivan. He was a graduate of William and Mary College of Williamsburg, Virginia. The Jeremiah Sullivan House located at 304 West Second in the Madison, Indiana Historic District is a fine example of Federal style architecture. Built for the Jeremiah Sullivan family in 1818, the house is considered Madison’s first mansion. The two-story brick dwelling exhibits fine delicate, tapered reeded columns between the entrance door and sidelights, and an elliptical fanlight above.

This sight is open for tours Friday through Monday 1-4:30 May through October and is owned and operated by Historic Madison, Inc. 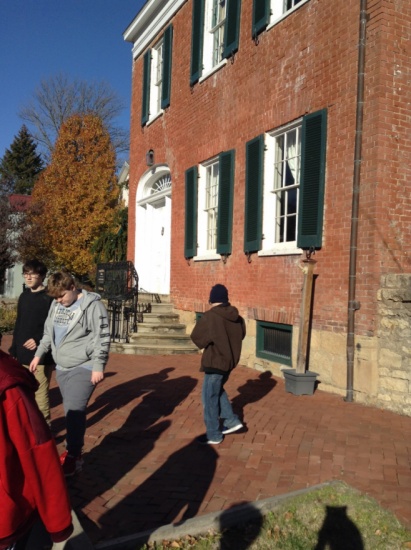