Built in the late 1880s, it was the home and shop of A.M. Craig, the inventor of the one-piece harness buckle! In the early 1900s it was the general store of D. Hecht & Co., and then housed the local pharmacy, as well as doctor’s office and a pool hall until 1920. The Catholic Women’s League owned it from 1921-1988 where it was used for many purposes, including temporary accommodation after a fire in 1923 that destroyed local hotels. In 1988, it was renovated into offices, stores and third floor apartment. 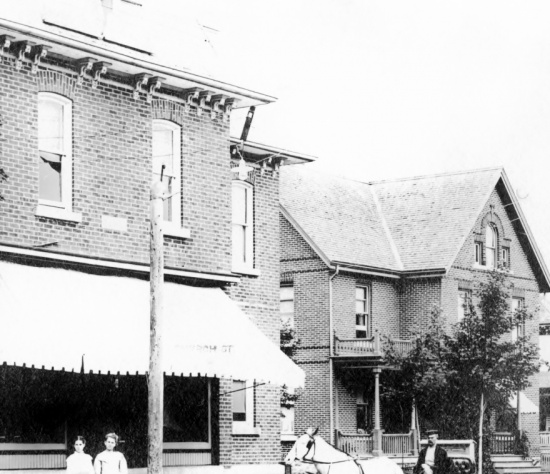